Relentless opposition from his elitist underlings and his deepening illness did not stop Sejong the Great, the fourth king of the Joseon Dynasty (1392-1910), from pursuing his mission to enlighten his people. 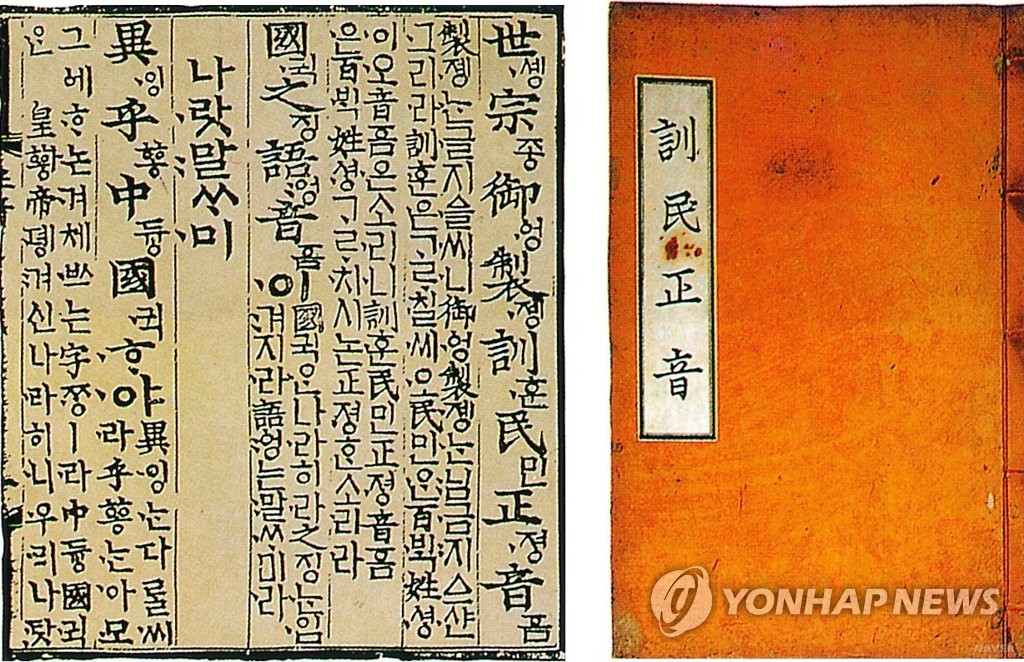 Saddened by the high illiteracy rate among commoners in the early phase of the Joseon Kingdom, King Sejong invented a set of indigenous Korean letters that could replace the hard-to-learn Chinese characters, then used as the governing writing system.

"Hunminjeongeum," or "The Right Phonetics that Educate the People" in English, is the name of the writing system, finally tested and promulgated in 1446, but it is also the title of a book published that year to explain the king's intention for inventing the Korean letters as well as their linguistic principles and usage.

"The King's Letters," set to hit local screens Wednesday, sheds light on how the king traced the shape the lips make when sounding a particular vowel, reflecting it in the design of the vowel characters.

When a comprehensive version of "Hunminjeongeum" was discovered -- "Hunminjeongeum Haerye" -- it was a major event in the study of Korean letters, also called hangeul, in 1940.

In recognition of the specialness of the publication, UNESCO put the medieval Korean book printed in Chinese letters on its acclaimed Memory of the World list in 1997. It's also National Treasure No. 70 in South Korea. 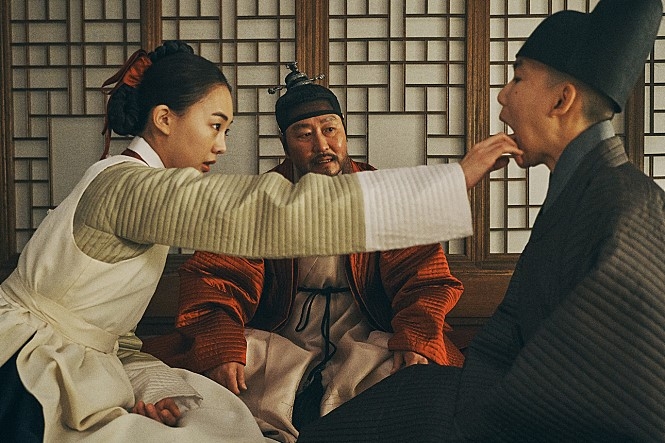 "Hunminjeongeum" also had a version written in the then newly created writing system, but the Chinese version is more highly valued for its additional chapters on the workings of the system.

South Korea had only one known woodblock-printed copy of the highly cherished "Hunminjeongeum Haerye," held by the Kansong Art Museum, until the existence of another very rare copy, called the Sangju version -- after the city where it was found -- was revealed to the public eye in 2008 by an antique book dealer.

Printed from the same woodblock, the newly discovered Chinese version carried additional handwritten commentaries on its edges and was in better condition, holding the potential to become an invaluable addition, both tangibly and intangibly, to the national heritage. The financial value of the book was once put at as high as 1 trillion won (US$851.4 million).

Despite more than 10 years of government efforts to retrieve the book, however, it remains in private hands, out of the public eye, trapped in a series of legal battles.

Last week, the Supreme Court delivered a final ruling on a long-running legal battle filed by Bae Ik-gi, the de factor owner of the Sangju edition, officially giving the government, the legal owner of the book, the right to confiscate the book from Bae.

Despite the court ruling, Bae is adamant that he will not give the book up, having fought a series of legal battles to defend his ownership. 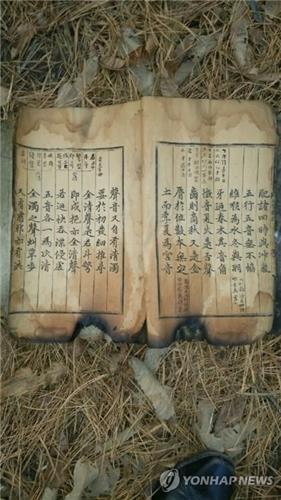 He first revealed the book to the public in 2008, but was instantly sued by another antique dealer, surnamed Cho, who claimed that Bae stole the historic record from his shop.

Defying a court order that recognized Cho's legal ownership of the book in 2011, Bae did not return it. Having failed to get it back, Cho bequeathed the book to the government upon his death in 2012.

Matters got even more complicated, as, in a separate criminal case, the Supreme Court dropped charges against Bae of stealing the book on account of a lack of evidence in 2014.

It was on this ground that Bae sought a court approval to stop the government plan to confiscate the book, but the latest Supreme Court ruling last week made it clear that the 2014 court decision in favor of Bae did not clear him of the theft charge.

Appearing in a TV interview with JTBC last week, Bae protested the latest court ruling and warned of another legal battle against the government, leaving the fate of the treasured record up in the air.

"I proposed an option to the Cultural Heritage Administration in 2015 that I would no doubt end (the dispute and hand over the book) if I am given only one tenth of its value, which is said to be 1 trillion won," Bae said.

"It would be complete theft if the book was remunerated for with less than one tenth (of the value)," he said, adding, "I am considering a lawsuit against the government."

The Cultural Heritage Administration, representing the government in the case, is also adamant that this time it will do all it can do to bring the book back to the public domain.

"We will continue to persuade and prod Bae to give up (the book) for a while ... but if (he) refuses in the end, we will be forced to use legal measures," the head of the heritage agency, Chung Jae-suk told the National Assembly on Thursday.

"Under the latest Supreme Court decision, a compulsory execution (to retrieve the book) is possible and the agency is also reviewing a measure to search (his surroundings) and confiscate (the book) in a prosecution investigation," the administrator said.

Despite the state's determination, the likelihood of it retrieving the book without Bae's help remains slim.

A fire that engulfed his home in Sangju in 2015 partly scorched the national treasure, and since then he has strictly kept the book's whereabouts a secret, having only disclosed a photo of the scorched print. This puts the unattended book at risk of further damage or even loss.

"Regardless of who officially owns the Sangju version, it is an invaluable cultural asset for Koreans so I hope the Cultural Heritage Administration and Bae will be able to find common ground as soon as possible," said a 40-year-old woman who identified herself by her family name, Park, expressing her wish to see the book in person. 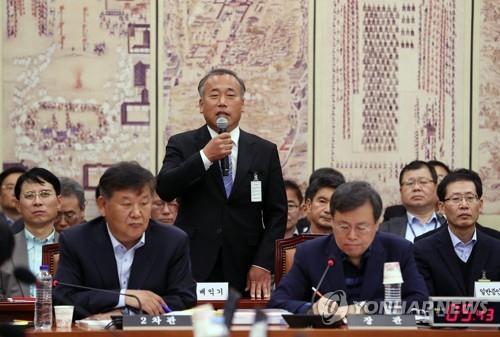