The Sonata 2.0-liter gasoline hybrid model comes with a six-speed automatic transmission and a solar roof, and it boasts a fuel economy of over 20 kilometers per liter, the company said in a statement.

The solar roof system can generate enough electricity to allow the car to travel about 1,300 kilometers a year, Hyundai claimed.

The hybrid model sells at a starting price of 28 million won and prices go up to 36 million won depending on options, it said.

In March, Hyundai launched the Sonata in 2.0-liter gasoline and 2.0-liter liquefied natural gas versions, with an aim to sell 70,000 Sonatas in Korea this year.

The 1.6-liter turbo gasoline model will go on sale later in 2019. It will be equipped with the Smart Stream T-GDi engine and an eight-speed automatic transmission, the company said. 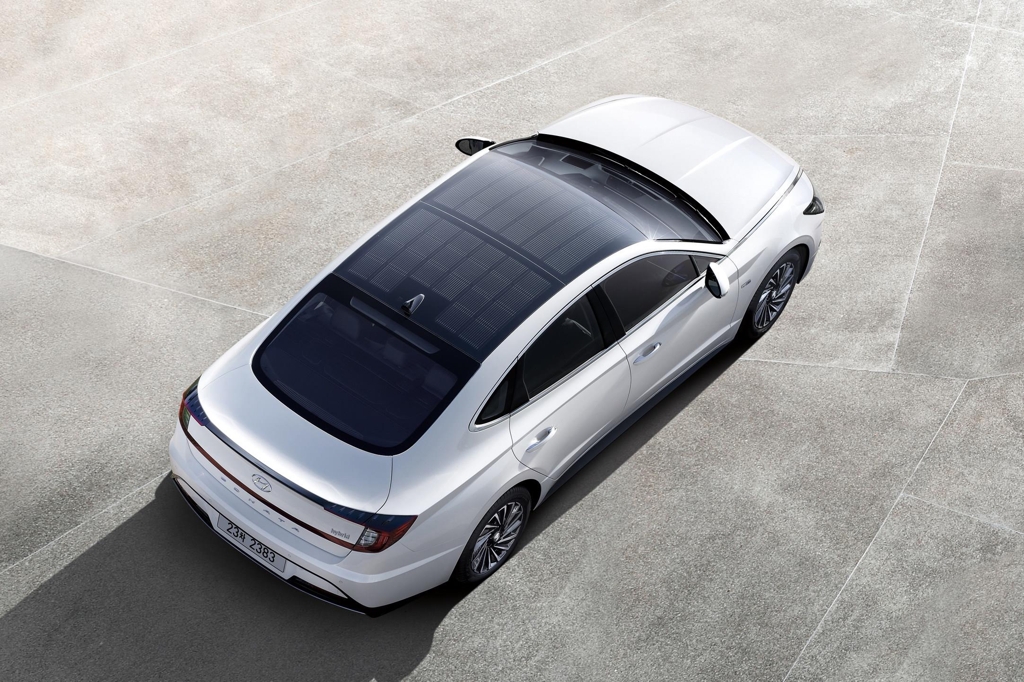