The Seoul Family Court held a closed-door hearing over the divorce arrangement for the couple but did not provide details.

Last month, their legal representatives said the couple were taking legal steps to part ways, about two years after their marriage.

The 33-year-old Song tied the knot with the 37-year-old actress in October 2017 after they appeared together as leading actors in the sensational 2016 drama series "Descendants of the Sun."

The actor Song filed for court mediation for his divorce from his wife in late June.

A divorce settlement is the process of getting divorced through court mediation, not via a trial.

He did not elaborate on the reason for the divorce, only saying through his management agency in June, "I hope that we will wrap up the divorce procedures smoothly, rather than blaming each other."

The actress' agency said the reason is a "personality difference" and the two sides were unable to overcome their differences.

According to the actress' side, the couple have agreed upon most of the terms of their divorce, including on the division of assets. 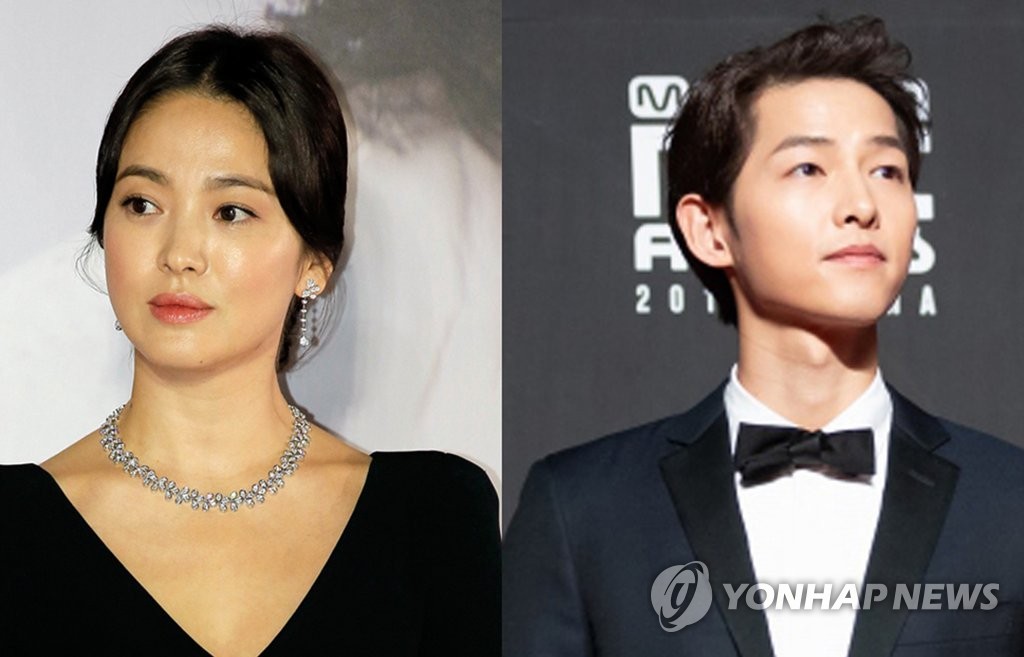