It is pushing to make the first shipment of the rice this month, with an objective to complete its delivery by September. Discussions are under way to get sanctions exemptions on ships and other equipment to be used for the delivery, according to government sources.

"At this moment, we are continuing to push for the first shipment in July. We will do our best to make sure that the 50,000 tons can be completely delivered by September as planned," Kim Eun-han, the ministry's deputy spokesperson, told a regular press briefing.

It will be the first time for South Korea to provide rice to North Korea since 2010, when it sent 5,000 tons to Pyongyang, which had been hit hard by heavy rains. It will also be the first time Seoul has sent locally harvested rice to the North through an international agency.

The WFP and the Food and Agriculture Organization earlier reported, based on a visit to North Korea, that the country's crop output last year hit the lowest level since 2008, adding that an estimated 10 million people, about 40 percent of the population, are in urgent need of food. 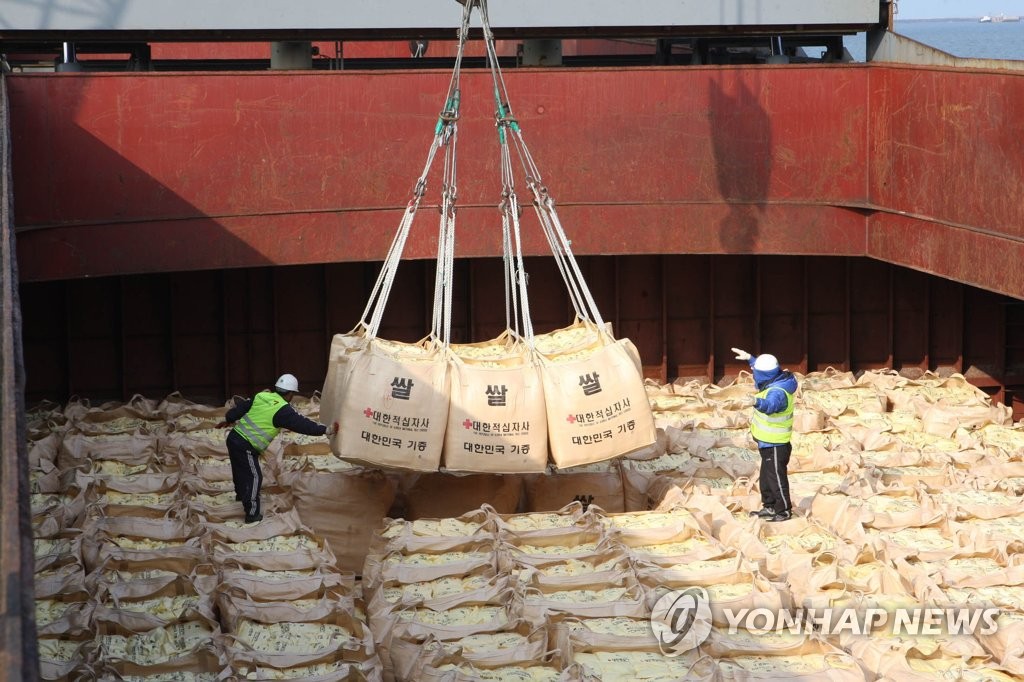