SEOUL, July 22 (Yonhap) -- South Korea is closely monitoring the situation in waters off Iran, including the U.S.' possible request for its troops dispatch to the region, the defense ministry said Monday.

The United States has been asking its allies to join a military coalition to ensure freedom of navigation in the Strait of Hormuz amid heightened tensions between Washington and Tehran.

"So far, we have not received any official requests from the U.S. side over the possible dispatch of our troops," Col. Roh Jae-cheon, the deputy ministry spokesman, told a regular briefing.

"South Korea is keeping a close tab on the situation in the Strait of Hormuz while opening various possibilities in consideration of potential impacts the matter could have on our side," he added.

Another official said that the ministry "is reviewing diverse options and measures with regards to the issue."

Some observers have said that U.S. National Security Adviser John Bolton could make such a request during his two-day visit here that begins Tuesday.

Roh confirmed that Bolton plans to meet with South Korean Defense Minister Jeong Kyeong-doo on Wednesday, but he refused to elaborate on details. 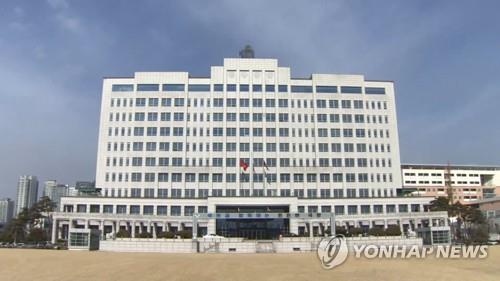 Asked about possible discussions between Jeong and Bolton on the extension of a military information-sharing agreement between South Korea and Japan, the deputy spokesman said South Korea will "deliver our stance" to the U.S. side.

Concerns and speculation have risen over the fate of the Seoul-Tokyo General Security of Military Information Agreement (GSOMIA) amid deteriorating bilateral ties after Japan slapped export restrictions on the South in a row over wartime forced labor.

The deal, signed in 2016 to share confidential military information to better counter evolving nuclear and missile threats from North Korea, is supposed to be automatically renewed every year unless either party notifies the other of its intention to terminate the agreement 90 days ahead of the end of a one-year period.

It has been extended twice so far, and the deadline for objections to its automatic extension for another year is Aug. 24.

"We've maintained our basic stance of keeping the military agreement. But we will carefully review the issue while closely following any changes in the situation between the two countries," Roh said.

Last week, South Korea's national security adviser Chung Eui-yong said that Seoul could review whether to renew the pact amid the escalating feud between the two neighbors.

U.S. President Donald Trump recently told reporters that South Korean President Moon Jae-in has asked him if he could get involved to help resolve the row between Seoul and Tokyo, and he said he will do so if requested by both sides.