Kim made the remark in a congratulatory speech at an opening ceremony of an exposition on the seas around North Korea. He was referring to the Panmunjom declaration signed between President Moon Jae-in and North Korean leader Kim Jong-un in April last year and a military agreement signed by the two Koreas in September.

Under the agreements, the two sides decided to turn the areas around the Northern Limit Line, a de facto maritime border, into a "peace zone" and set up a joint fishing area. They also conducted research into waterways to enable joint use of the Han River estuary along their western border.

"Now is time for discussion on a detailed implementation plan between South and North Korea, as well as various other possible cooperation measures," the minister said.

"If we can seize this opportunity and connect the seas of the South and the North, the destiny of the Korean Peninsula will dramatically change," he added.

The minister said the peninsula will be able to serve as a bridge connecting Asia to the ocean and could become Northeast Asia's logistics hub.

His call for maritime cooperation came as inter-Korean relations have hit a wall since the no-deal Hanoi summit between North Korean leader Kim and U.S. President Donald Trump in February.

Trump and Kim held a surprise meeting in the inter-Korean border village of Panmunjom on June 30 and agreed to resume their working-level negotiations in a few weeks, but the outlook remains uncertain. 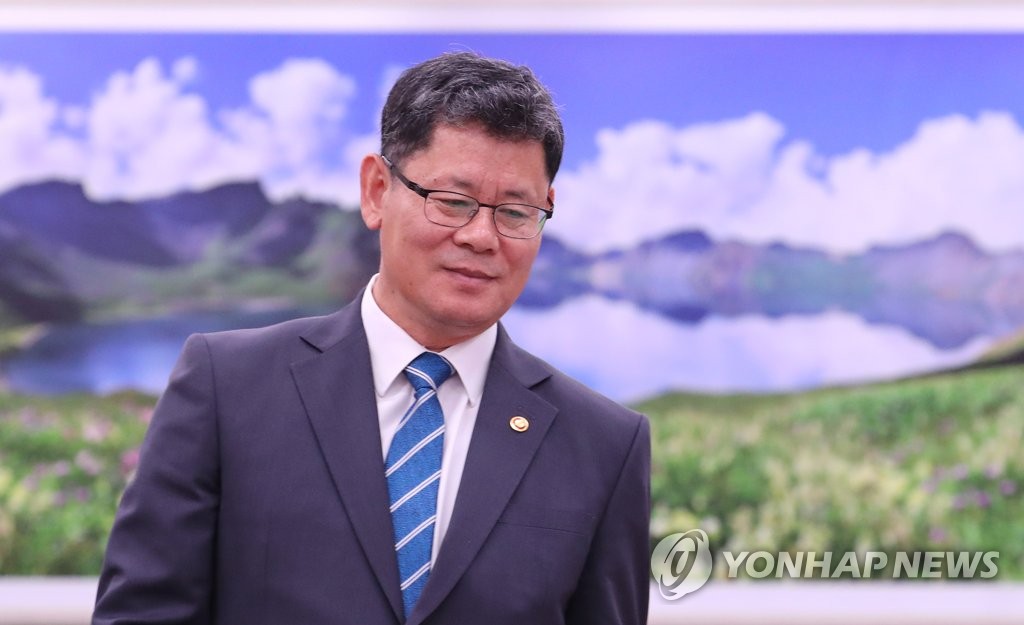