BUSAN/SEOUL, July 22 (Yonhap) -- Police detained six college students Monday after they staged a demonstration inside the Japanese Consulate in the southeastern port city of Busan in protest of Japan's trade restrictions on Korea.

The students were in the consulate's library, then stormed out to its yard at around 2:30 p.m. They shouted slogans and held banners that read, "We denounce Japan's re-invasion," "We condemn economic provocations," and "Abe must apologize."

They were taken to a police station and are being probed on the account of trespassing the premises of a diplomatic mission, the police said.

The students, who claim to belong to an anti-Japan group based in Busan, individually entered the consulate building earlier through due procedures, according to the police. 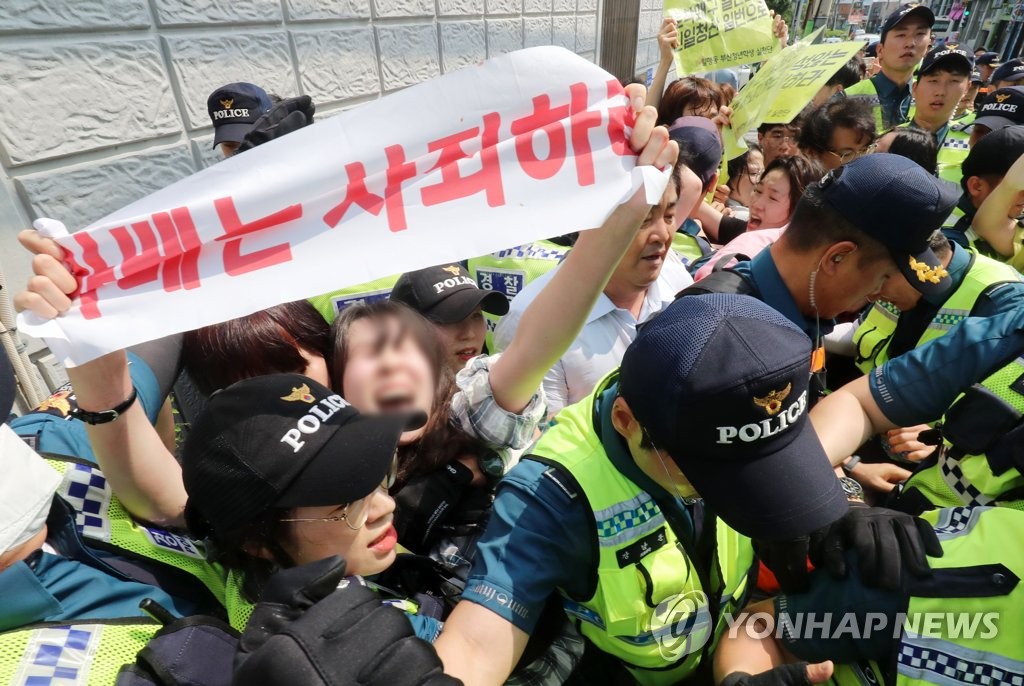 At the time of their protest, a coalition of 30 civic groups in the city was holding a joint news conference in front of the consulate's rear gate to condemn Japan for its export restrictions against South Korea and call for a boycott of Japanese products.

Monday's incident comes three days after a man died by setting himself on fire in protest of Japan's trade measures. The man, in his late 70s, had told his acquaintance that he had a family member who was forced into labor by the Japanese during World War II. 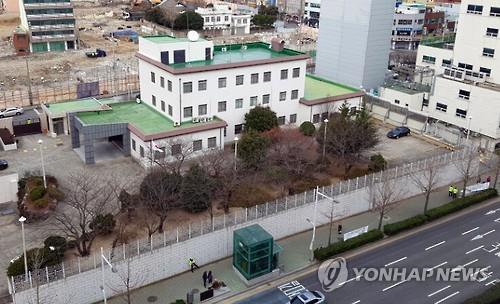 The foreign ministry in Seoul voiced concern over anti-Japan incidents, vowing efforts to ensure the safety of foreign missions.

"We express concern over a series of acts that disturb the security of diplomatic missions. We will continue to ensure the safety of foreign missions and their staff, and we are closely working with the police to bolster security around the premises," it said.

The Japanese Embassy in Seoul has said is considering requesting the South Korean government to tighten security around its facilities. Japan has the embassy in Seoul and two consulates, in Busan and on the southern resort island of Jeju.

"Due to a recent series of incidents, (we) are considering ways to make a request to further tighten security," an embassy official said.

Japan began applying the export curbs on South Korea for three key materials needed for the production of chips and displays on July 4 in apparent response to Seoul's handling of a wartime forced labor issue. Tokyo is pushing to remove South Korea from a list of trusted buyers, which could negatively affect the supply of other key materials needed for making smartphones, televisions and other industrial materials.