The two met at the Seoul office of the National Tax Service earlier in the day. It marked the first meeting since 2018 when the two sides agreed to hold regular talks. 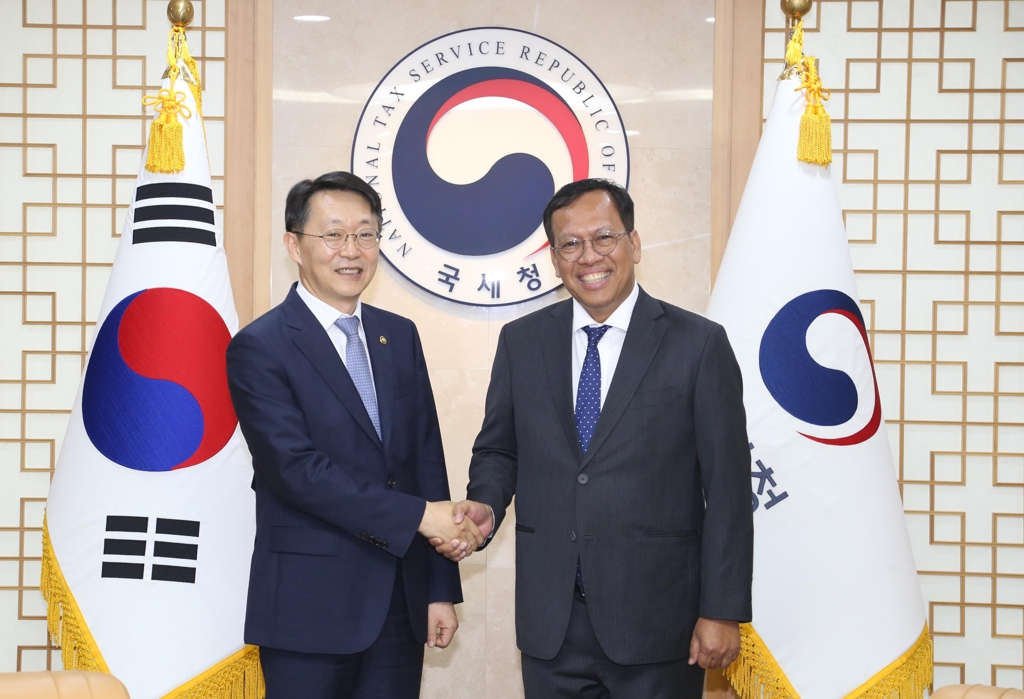