Early this month, the Japanese government implemented tougher restrictions on exports to South Korea of three key materials crucial for the production of semiconductors and displays.

Japan is remaining steadfast in its intention to exclude Asia's fourth-largest economy from its whitelist of nations granted preferential procedures for exports in the coming weeks, despite repeated calls from Seoul to hold talks, with the measure likely to be officially put in place in the near future.

Ahead of his participation in the World Trade Organization's General Council meeting, Seoul's deputy trade minister Kim Seung-ho told reporters that Japan will be violating more global trade rules should it expand export curbs to other areas.

"Japan's export restriction on the three industrial materials already clearly violates the rules of the WTO, and Tokyo should not take action," Kim said.

At the WTO meeting, which runs through Wednesday, Kim plans to point out that Japan's latest trade restrictions do not comply with the WTO's regulations, and he will ask other countries to assist efforts to call for Tokyo to retract the measure, which could have a major impact on global supply chains.

Japan has claimed that South Korea runs a lax system for the control of goods that can be diverted for military purposes, prompting it to impose tighter export restrictions on Seoul.

But many think the move is a politically motivated retaliation for South Korean court rulings on wartime forced labor.

South Korea has repeatedly explained its export control of strategic and non-strategic goods and says it would be an "unjust and groundless" measure to have Korea removed from Japan's list of preferential trade partners without providing any concrete example of a case where such controls were inadequate.

The potential delisting, possibly affecting 1,000 items that South Korea buys from Japan, would require Japanese companies to apply individually for licenses to export items to South Korea, a move that could delay or disrupt the supply of such materials.

Deputy trade minister Kim said his country will review filing complaint with the WTO about Japan's export restriction after the results of the General Council meeting.

The South Korean government earlier said it has started a legal review of the complaint, although it has not yet decided on a detailed timetable. 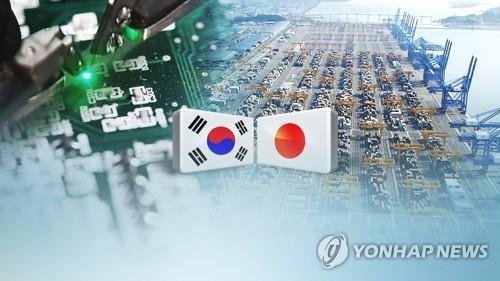