WASHINGTON/SEOUL, July 23 (Yonhap) -- U.S. Secretary of State Mike Pompeo has said that Washington is ready to provide North Korea with security guarantees, including a nonagresssion arrangement, as a corresponding measure for its denuclearization.

Pompeo repeated Washington's call for Pyongyang to take action to measure up to an agreement its leader Kim Jong-un and U.S. President Donald Trump reached during their first-ever summit in June last year.

"We are prepared to provide a set of security arrangements that gives them comfort that if they disband their nuclear program, that the United States won't attack them in the absence of that," he said during a radio interview with iHeartMedia's Buck Sexton Show on Monday (U.S. time).

"He (Kim) promised that he would denuclearize his country. He did so publicly in a written document. ... They have to make a decision that they're prepared to go execute that."

On Tuesday, Pompeo said that the two sides have already agreed to "an outline" of an agreement aimed at denuclearizing North Korea in a final and fully verified manner and that the U.S. has been very clear to the North about it.

During the summit in Singapore last year, Kim and Trump agreed to commit themselves to the complete denuclearization of the Korean Peninsula in return for security guarantees from Washington.

Nuclear talks, however, have been stalemated since the no-deal summit in February at which they failed to find common ground over the scope of Pyongyang's denuclearization steps and Washington's corresponding measures.

They held a surprise meeting at the inter-Korean border last month and agreed to resume working-level talks within a few weeks, though there has been little headway since.

Pyongyang recently slammed the U.S. for planning to hold joint military drills with South Korea next month, saying that what it sees as a rehearsal for war could affect the prospects for the promised working-level talks.

"We hope that the working-level discussions will begin in a couple of weeks." 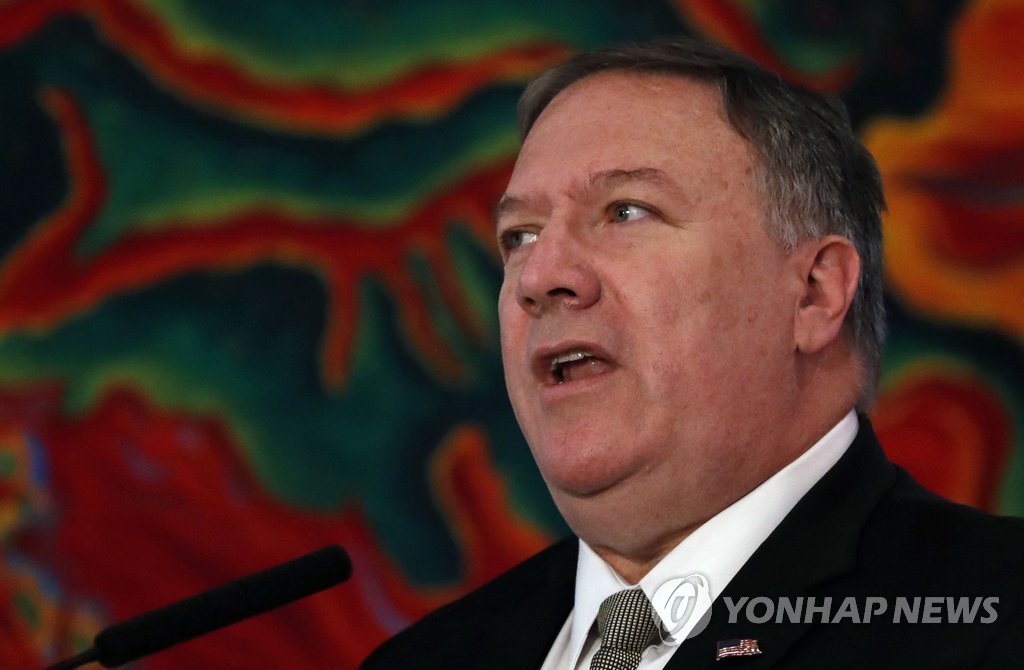