LG Display logged 550 billion won (US$467 million) in net losses in the April-June period, compared with a loss of 301 billion won a year earlier, the firm said in a regulatory filing.

The company recorded 368.7 billion won in operating losses, while sales fell 6 percent on-year to 5.35 trillion won in the second quarter, the company said. 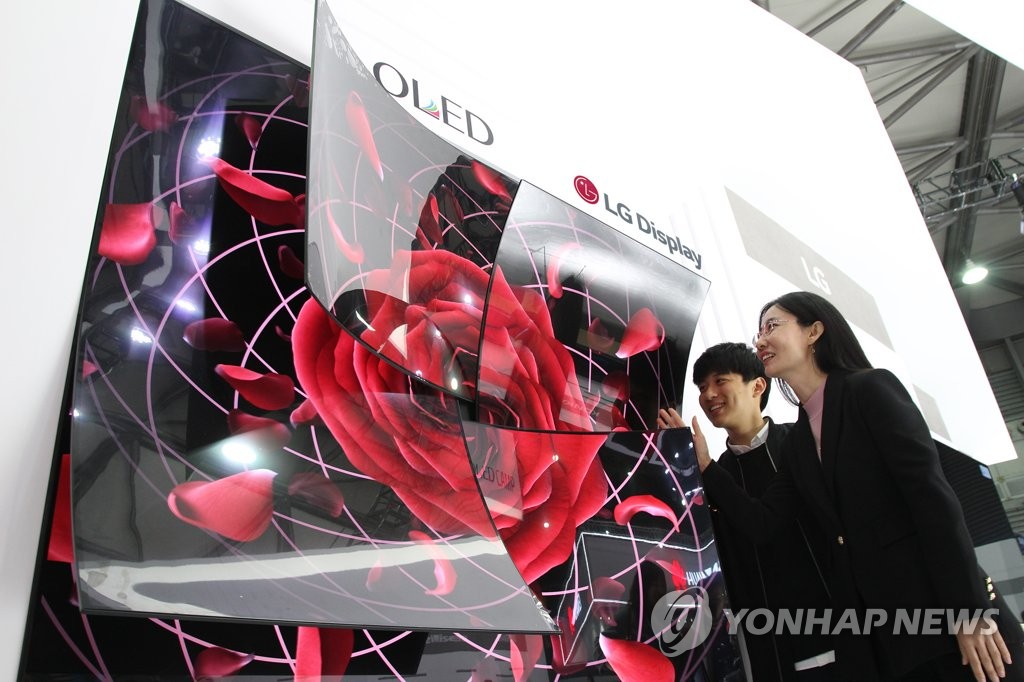 The average price of the firm's 50-inch liquid-crystal displays (LCDs) for TVs dropped 7.5 percent on-year in the second quarter, according to WitsView, a division of TrendForce.

The quarterly loss also comes as the panel maker has been expanding investment in organic light-emitting diode (OLED) panels to shift from the traditional LCD panels that have been plagued by falling demand and a supply glut, partly from Chinese producers.

Earlier in the day, LG Display Co. said it will invest 3 trillion won in an organic light-emitting diode (OLED) facility in South Korea to expand its production capacity for premium panels.

The company's OLED factory in China will start operation next month to roll out 60,000 OLED sheets per month. This would increase its total monthly OLED sheet output capacity to 130,000 units this year when combined with the production line at its South Korean factory in Paju, north of Seoul.

"Once the Chinese factory begins mass production in the third quarter, it will roughly double the firm's OLED panel production capacity to expand shipments of large OLED panels," Seo Dong-hee, the firm's chief financial officer, said during a conference call. "We will also release plastic OLED panels for autos in the latter half of this year to strengthen our leading position in the auto display market."

In regard to Japan's stricter export regulations on high-tech materials crucial for making displays, LG Display said it is making preparations to secure enough stock to prevent potential disruptions of its OLED production.

"LG Display hasn't been affected by Japan's export curbs so far, but we are ensuring a stable supply of the materials and mulling ways to diversify sources in the mid- and long-term," Seo said. "We are also closely watching the possibility of Japan applying stricter export rules on a wider range of items."

Shares of LG Display advanced 1.19 percent to 17,050 won in the Seoul bourse. The earnings report was released after the market closing.