(ATTN: UPDATES with more info throughout)
By Lee Haye-ah

WASHINGTON, July 23 (Yonhap) -- The Pentagon on Tuesday expressed the United States' strong support for South Korea and Japan in their response to "airspace incursions" by Russian and Chinese warplanes.

Its mention of Japan in response to a question about Tuesday's incident over South Korea's East Sea, however, could raise questions about its position on the longrunning territorial dispute between its two Asian allies.

Earlier Tuesday, a Russian A-50 early warning and control aircraft trespassed twice into Korea's territorial airspace near the East Sea islets of Dokdo, prompting warning shots from the South's Air Force. South Korea said it was the first such violation by a foreign military plane.

Japan, which lays claim to the islets, also dispatched a warplane and protested what it said was a violation of Japanese airspace. 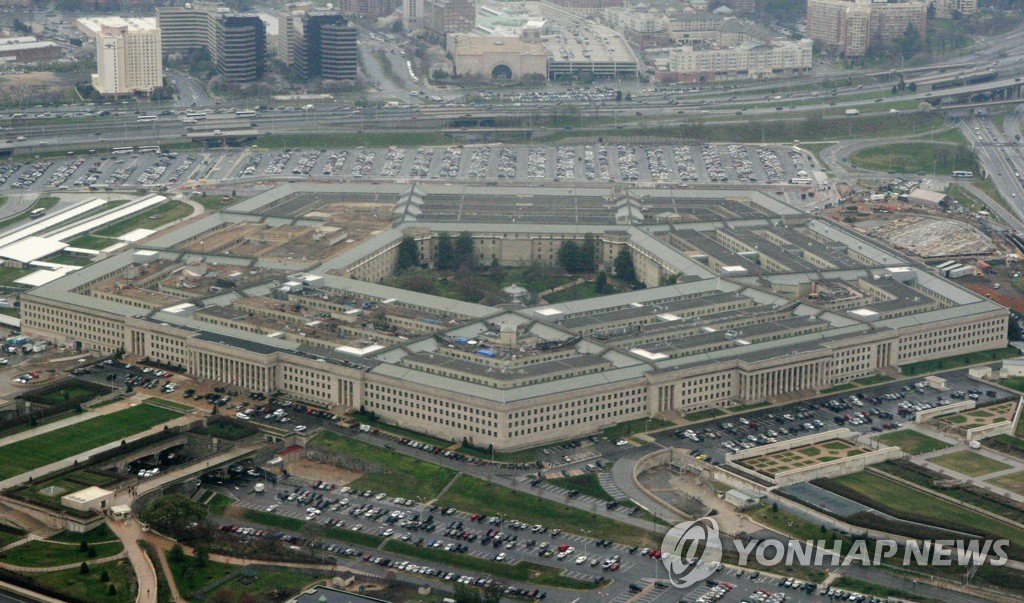 "The United States strongly supports our ROK and Japanese allies and their responses to airspace incursions by Chinese and Russian aircraft," Pentagon spokesman Lt. Col. Dave Eastburn said in response to a query from Yonhap News Agency, referring to South Korea by its official name, the Republic of Korea.

"The (Department of Defense) is in close coordination with our ROK and Japanese allies about these events, and will continue to monitor activities as they follow up with their Russian and Chinese counterparts in diplomatic channels," he said, adding that the U.S. commitment to the defense of its allies is "ironclad."

He made the remark in response to a question by Yonhap News Agency about its stance on the Russian aircraft's violation of South Korean airspace and the Chinese aircraft's incursion into South Korea's air defense identification zone.

The airspace violation occurred shortly after two Tu-95 Russian bombers and two Chinese H-6 aircraft simultaneously entered South Korea's air defense identification zone, which is an area of the skies declared by a state for the early identification and location of foreign planes approaching its territorial airspace.

The zone is not demarcated under any international law or treaty. Moscow defended its move as a joint air drill with China.

Hours after the airspace violation, Japan renewed its claims over the Dokdo islets, with a top official saying that the Russian warplane had violated Japan's territory, on which basis Tokyo scrambled a military jet near the area.

"As Dokdo is our inherent territory historically, geographically and by international law, we can't accept the Japanese side's claim," Seoul's foreign ministry said in a text message sent to reporters.

South Korea views Japan's claims as a legacy of Tokyo's 1910-45 colonial rule of the Korean Peninsula and a demonstration of its lack of remorse for past wrongdoings.

South Korea maintains a small police unit on the pair of rocky outcroppings to show its effective control over the land.

The Dokdo issue is tied to a related dispute over the naming of the East Sea, which Japan calls the Sea of Japan.

In May, after U.S. President Donald Trump referred to the waters as the Sea of Japan, the U.S. State Department stated that it is longstanding U.S. policy to use only one name to refer to "all high seas features."

The U.S. government uses names decided by the U.S. Board on Geographic Names, it said, and that board's approved name for the body of water is the Sea of Japan.

The exports curbs are seen as political retaliation for last year's Supreme Court rulings in Seoul against Japanese firms over wartime forced labor during its colonial rule of the peninsula.

The U.S. has appeared cautious of taking sides between its two Asian allies amid the dispute.