SEOUL, July 24 (Yonhap) -- South Korean pharmaceutical firm Samsung Bioepis Co. said Wednesday it has won approval from the U.S. Food and Drug Administration (FDA) to sell one of its biosimilars in the United States.

However, it is undecided when Hadlima will go on sale in the United States as the patent for Humira is to expire in 2023. Biosimilars are officially approved as copycat medicines only after the patents for the original biopharmaceuticals expire.

It is the fourth Samsung Bioepis biosimilar to receive the green light from the FDA. It is already selling Renflexis, a biosimilar of Janssen Biotech, Inc.'s blockbuster immunology medicine Remicade; Ontruzant, a biosimilar product referencing Switzerland-based Roche Holding's Herceptin, also known as Trastuzumab; and Etanercept, a biosimilar referencing the immunology drug Enbrel developed by U.S.-based Amgen Inc., in the U.S.

Humira is the world's best-selling prescription medicine, bringing in revenues of US$19.94 billion for AbbVie in 2018.

Samsung Bioepis is also selling the tablet in Europe under the name of Imraldi.

Biosimilars are defined by the FDA as products that are "highly similar to an already approved biological product" and have "no clinically meaningful differences in terms of safety and effectiveness from the reference product." 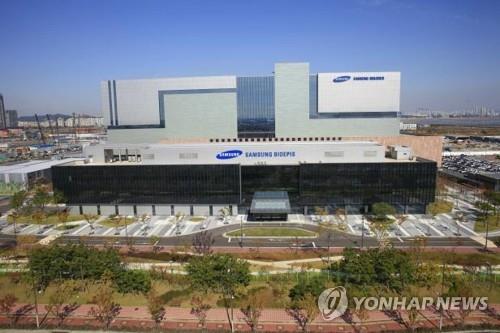