The North recently notified the host country that Ri will not join the ASEAN Regional Forum (ARF) slated to take place in Bangkok on Aug. 2, according to the sources. Ri has also canceled his plan to visit two ASEAN countries.

"(I) understand that the North has recently told the host country in an official way that it would be difficult to attend the (ARF)," a source said.

It is unusual for the North's top diplomat to skip the ARF as the reclusive communist state has used it as a major platform to voice its opinions on its nuclear weapons program and other security issues.

Since 2000, the North has sent a representative to the ARF. With the exceptions of 2001, 2003 and 2009, its foreign minister has represented the country at the annual gathering.

Ri's absence, if confirmed, could dash hopes for much-anticipated high-level nuclear negotiations between Washington and Pyongyang. The U.S. has also sent its top diplomat to the annual gathering.

It was widely expected that Ri could meet U.S. Secretary of State Mike Pompeo on the sidelines of the ARF, an occasion that would help accelerate long-suspended nuclear talks between the two sides.

Little progress has been made since U.S. President Donald Trump and North Korean leader Kim Jong-un held a surprise meeting at the inter-Korean border last month and agreed to resume working-level talks in the near future.

Washington is reportedly pushing to arrange the promised meeting, but Pyongyang has made no official response.

The North recently slammed Washington for its plan to hold joint military drills with South Korea next month, calling them a rehearsal for invasion and warning that they could affect the prospects of the agreed-upon talks.

Early on Thursday, Pyongyang fired two projectiles into the East Sea, further ratcheting up uncertainty over the resumption of talks with Washington.

Trump recently said there was "very positive" correspondence recently with North Korea and that the two sides will meet for nuclear talks when the communist regime is ready. 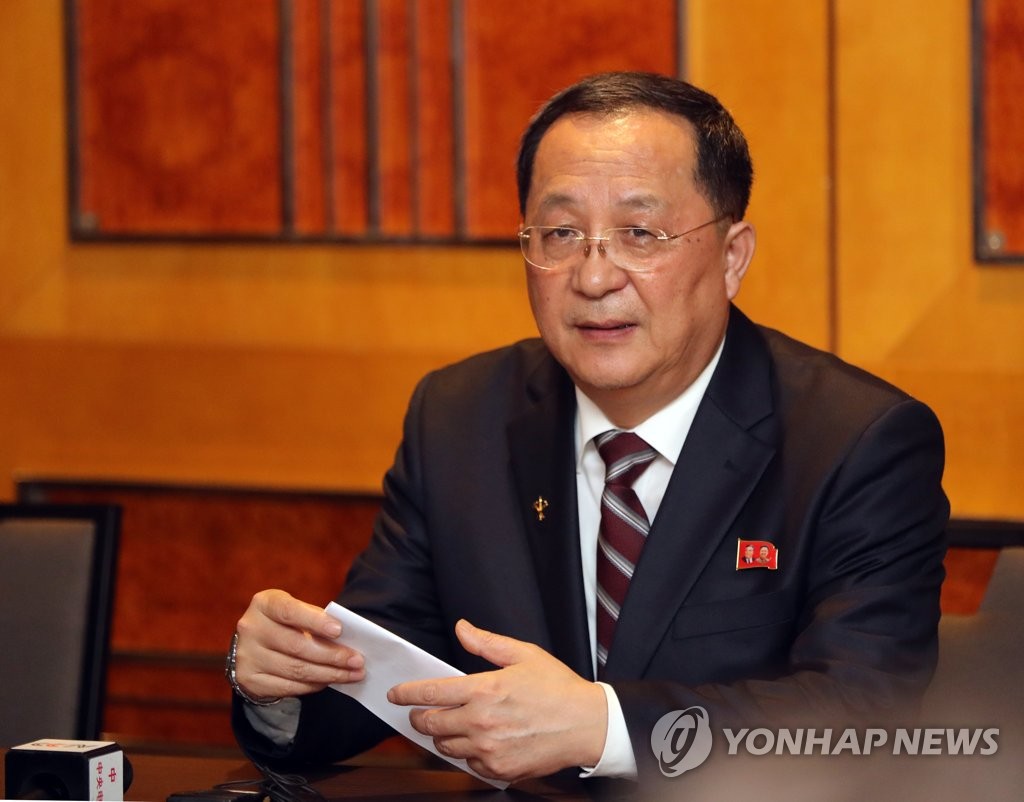