SEOUL, July 25 (Yonhap) -- South Korea and Russia held a working-level meeting in Seoul on Thursday over a Russian warplane's recent violation of Korean airspace, the defense ministry here said, amid conflicting accounts of the incident from the two countries.

On Tuesday, the Russian A-50 early-warning jet intruded into Korean airspace twice in the East Sea near its easternmost islets of Dokdo, prompting the South Korean Air Force to fire hundreds of warning shots, according to the Joint Chiefs of Staff (JCS).

"During the meeting, South Korea provided materials that can prove its airspace violation, and we fully gave a detailed explanation to the Russian side," the ministry said in a brief release.

The military authorities here have secured materials related to the incident, including radar images and voice records of South Korean crew members, over the course of sending warning messages and firing warning shots.

Russia has requested such data for its own probe, according to the ministry.

"In response, the Russian officials said they will swiftly send the materials to their defense ministry so that it can use them for investigation," it added.

As for the alleged changes in Russia's official stance regarding the issue, Russian officials refused to answer reporters' questions when they arrived and left the ministry building.

When summoned Tuesday, a Russian military attache expressed deep regret over the airspace intrusion, and said it was probably caused by a technical glitch, according to South Korea's presidential office Cheong Wa Dae.

On Wednesday, however, Russia sent an official statement to the South Korean defense ministry and denied any violation.

It also claimed that the South Korean Air Force had conducted unprofessional maneuvers that jeopardized the safety of its crew members.

It was the first time that a foreign military plane has violated Korea's territorial sky, and South Korea fired warning shots in response. It was also the first time that Russian and Chinese aircraft entered KADIZ simultaneously, according to the JCS.

South Korea and Russia have rarely come into military or territorial conflicts before. 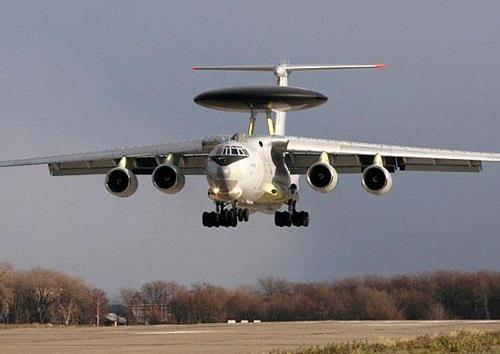