On Tuesday, a Russian A-50 early warning and control aircraft trespassed twice into South Korean airspace near the East Sea islets of Dokdo, prompting warning shots from the South's Air Force. South Korea said it was the first such violation by a foreign military plane.

Japan, which lays claim to the islets, also dispatched a warplane and protested what it said was a violation of Japanese airspace. 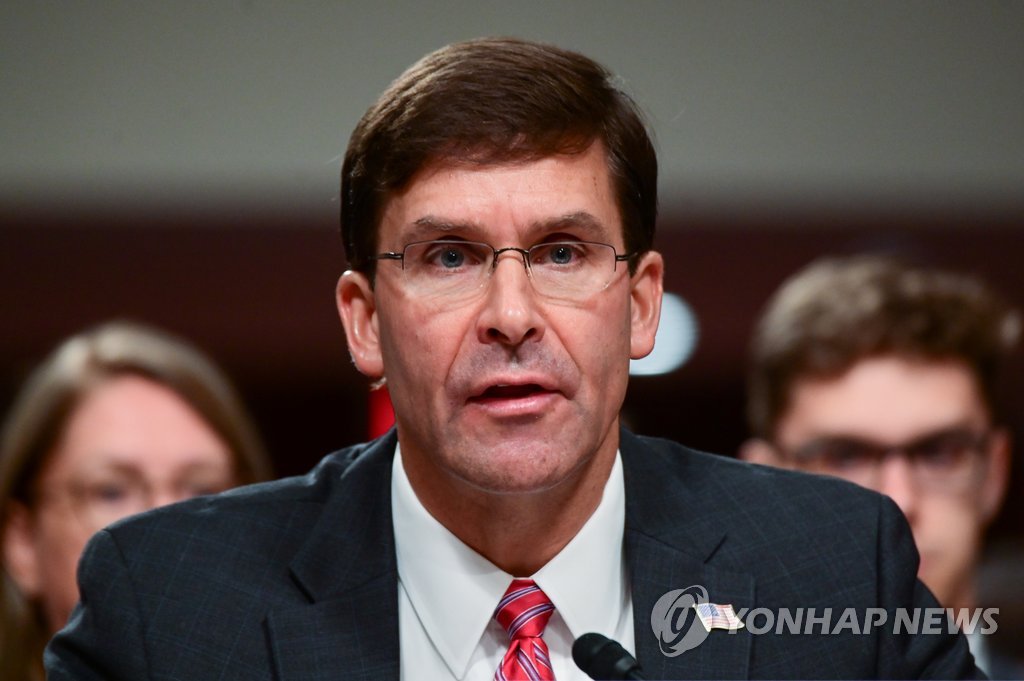 "Well, to the best of my recollection, it's not new that the Russians have been flying routes south, right? To that area," Esper, who was confirmed by the Senate a day earlier, said during a meeting with reporters. "I think what's new is the fact that they did cross into South Korean airspace."

Noting that he hasn't studied the issue in great detail yet, Esper said he will discuss it more when he travels to South Korea and Japan.

The new defense secretary is reportedly planning to visit the two U.S. allies early next month.

"I think, you know, once I make my way out to the Pacific and meet with them, these are one of the things I intend to discuss with them," he said.

Seoul views the claims as a legacy of Tokyo's 1910-45 colonial rule of the Korean Peninsula.

Asked to comment on the airspace intrusion, Pentagon spokesman Lt. Col. Dave Eastburn said Tuesday, "The United States strongly supports our ROK and Japanese allies and their responses to airspace incursions by Chinese and Russian aircraft."

"The (Department of Defense) is in close coordination with our ROK and Japanese allies about these events, and will continue to monitor activities as they follow up with their Russian and Chinese counterparts in diplomatic channels," he said, adding that the U.S. commitment to the defense of its allies is "ironclad."