The North launched the missiles from its east coast in the morning in an apparent show of displeasure over the planned South Korea-U.S. military exercise, which it warned would affect the resumption of its working-level nuclear talks with the United States.

They plan to make a final assessment later on the basis of a joint examination with the United States, it added.

The NSC standing members expressed "strong concerns" over Pyongyang's provocation, saying it does not help efforts to ease military tensions on the peninsula.

Such a relatively rapid response to the North's saber-rattling marked a subtle shift from Cheong Wa Dae's previous position of caution, but observers said Seoul appears to be putting pressure on Pyongyang to return to dialogue.

Earlier in the day, Seoul's Joint Chiefs of Staff said that Pyongyang fired one missile at around 5:34 a.m. and the other at 5:57 a.m. from Hodo Peninsula near its eastern coastal town of Wonsan into the East Sea. They flew around 430 kilometers and 690 km, respectively, both at an altitude of around 50 km.

The North has recently been gradually raising tensions as the South and the U.S. are preparing for their joint command post exercise slated for next month, with Washington pushing to re-launch nuclear talks with Pyongyang.

Denouncing the exercise as a hostile move against it, Pyongyang has hinted that it could boycott the working-level nuclear talks that U.S. President Donald Trump and its leader Kim Jong-un agreed to resume during their impromptu meeting at the Demilitarized Zone on June 30.

Chung Eui-yong, the national security adviser, presided over Thursday's NSC standing committee session. The other members of the NSC panel, who hold a weekly meeting, include the foreign, defense and unification ministers, as well as the director of the National Intelligence Service. 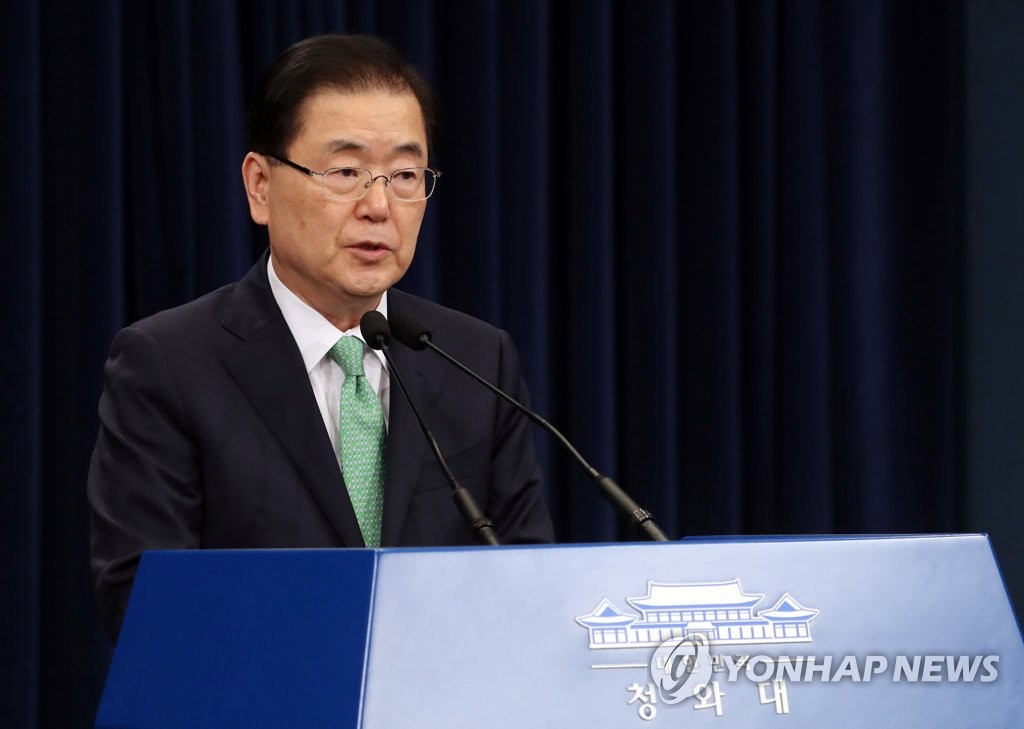 They also discussed the recent Middle East security conditions and reviewed ways to secure the free navigation of South Korea's civilian ships through the Strait of Hormuz.

The U.S. reportedly wants South Korea and some other nations to dispatch troops and naval ships to the waters near Iran.

With regard to a Russian military plane's intrusion into South Korea's aerospace earlier this week, they reaffirmed the government's "stern position," Cheong Wa Dae added.