The western section of the DMZ trail in Paju, some 30 kilometers northwest of Seoul, will be available to the public under the DMZ Peace Trail program starting Aug. 10, according to the government.

The tour project is part of Seoul's efforts to allow visitors to experience inter-Korean peace and the security situation on the Korean Peninsula. The first DMZ Peace Trail launched in the eastern coastal region of Goseong in April, followed by the second one in the central border town of Cherwon last month.

The Paju course, which will be around 20 km for a round trip, will start from the Imjingak Pavilion and lead to a demolished guard post via the Dorasan Observatory.

The guard post is one of 10 in the DMZ that South Korea demolished in accordance with the inter-Korean military accord signed in September last year aimed at reducing tensions and building trust. The two sides agreed to remove 11 guard posts each but later decided to disarm and keep one each for its historic value.

The Paju trail program will run twice a day for five days, except Mondays and Thursdays. Up to 20 people can join the course at one time, and the trip will be made mostly by bus.

An online application for participation is available now via www.durunubi.kr or www.dmz.go.kr. The participants will be decided in a raffle. 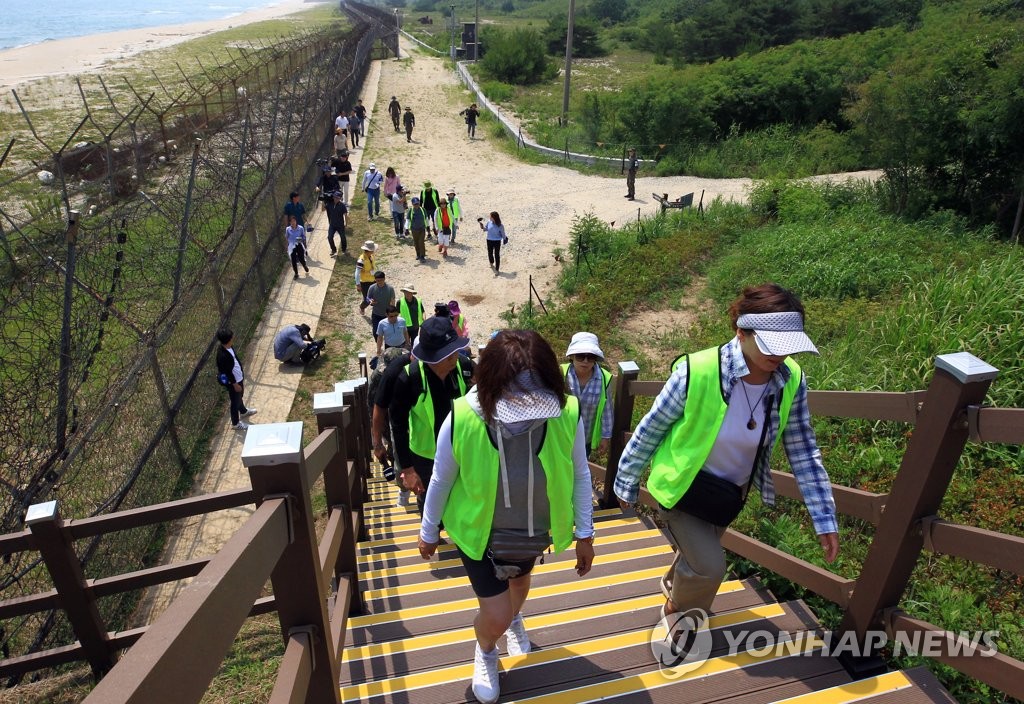 DMZ hiking trail to open in Paju next month

DMZ hiking trail to open in Paju next month