SEOUL, July 26 (Yonhap) -- Samsung Electronics Co. remained the second-largest smartphone vendor in India behind Xiaomi in the second quarter, but the Korean tech giant closed the gap with its Chinese rival with a reinforced budget lineup, industry data showed Friday.

Xiaomi shipped 10.2 million smartphones in India in the April-June period for a 28.7 percent market share, according to market research firm Strategy Analytics.

Samsung Electronics shipped 9.4 million units, 26.3 percent of the total, in the period, putting it in second position for the seventh consecutive quarter, it noted.

While Xiaomi stayed flat, Samsung added 3.1 percentage points to its market share during the April-June period compared to a year earlier, narrowing the gap on its rival. 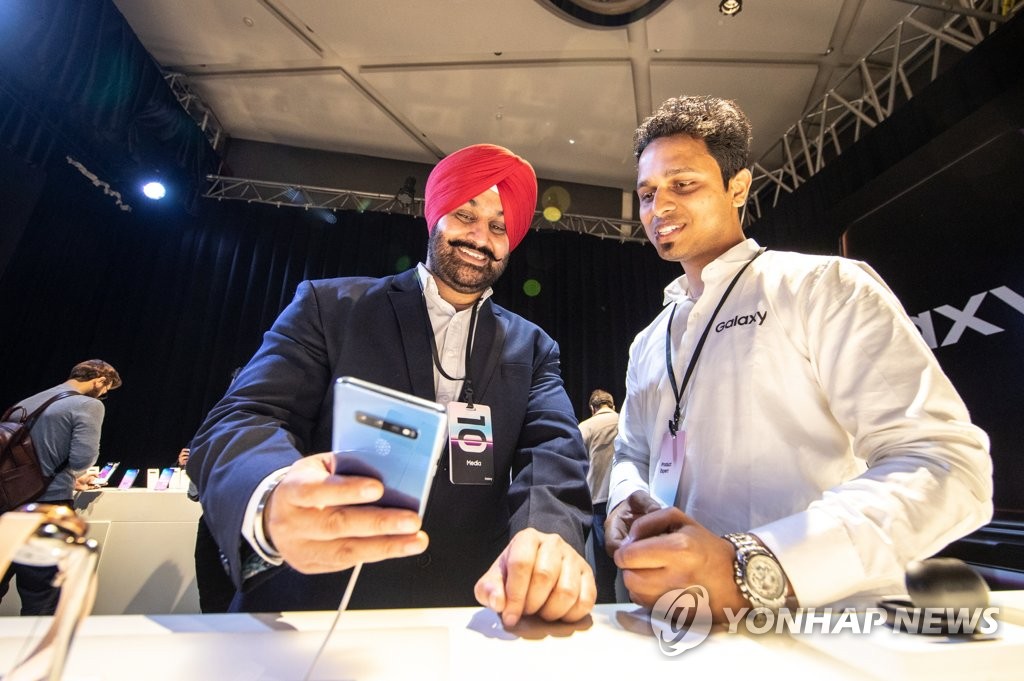 Analysts said Samsung was able to win back customers by enhancing its Galaxy A and M series smartphones aimed at low-end and mid-range market segments and by its expanding outreach in the online market. They expect continued upward momentum in the latter half of this year.

Samsung launched three variants of its Galaxy M series in India in February in the face of rising challenges from Xiaomi and other Chinese brands, and they were well received among young consumers.

"We expect Samsung to build further momentum and it is on track to reclaim top position in the world's second largest smartphone market during the second half of 2019," Woody Oh, a director for smartphone country share tracker at Strategy Analytics, said in a report.

Shipments in India grew 3 percent on-year to 35.6 million units in the second quarter and were mostly dominated by Chinese smartphone brands.

China's Vivo, OPPO and Realme rounded out the list of the top five smartphone vendors in India, thanks to their extensive retail presence in the world's second-largest smartphone market, it added.