They were initially presumed to have flown 430 km and 690 km, respectively, but, he added, "The military received updated data based upon an analysis conducted jointly by the South Korean and the U.S. intelligence authorities."

"Differing from a general parabolic trajectory, the Iskander performs a pull-up maneuver in the dive phase, and what North Korea fired yesterday showed a similar pattern," the officer noted.

There are several versions of the Iskander, and detailed specifications of Pyongyang's Iskander were not known. But the surface-to-surface ballistic missiles were previously known to be able to fly as far as 500 km. 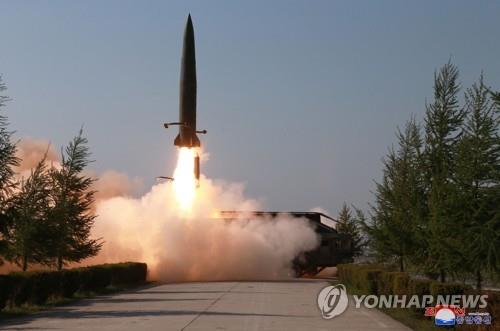