On Thursday, North Korea fired two short-range missiles into the East Sea from near the eastern coastal town of Wonsan. They flew around 600 kilometers at an altitude of 50 km, showing a complicated trajectory. Based upon such features, the Joint Chiefs of Staff (JCS) said they appear to be "a new type of ballistic missiles that bears similarities to Russia's Iskander."

Experts say the SRBMs fired by North Korea this week seem to be an almost complete, final version of the KN-23, a code name dubbed by South Korean and the U.S. intelligence authorities after May when the North test-fired it for the first time since it showed it off during a military parade in February 2018.

"Back in May, their technology appeared to have been far from perfect, and the weapon did not seem reliable. North Korea appears to have repeatedly tested them to complement and improve its capabilities," said Kim Dong-yup, a professor at Kyungnam University's Far East Institute.

On May 4, at least one missile North Korea fired flew around 240 km with the peak altitude of around 50 km. Five days later, it fired two short-range missiles that traveled 270 km and 420 km, respectively.

The Iskander has several versions, and detailed specifications of Pyongyang's Iskander were not known. But in general, the solid-fuel missiles can fly around 500 km, which puts the entire Korean Peninsula within its range.

"Pyongyang appears to design the missile with a maximum flight range of around 700 km, and the range can be adjusted according to the weight of the warhead," the professor said.

"If being fired from Wonsan, the new missile can reach such Japanese regions as Fukuoka and Hiroshima," he added. 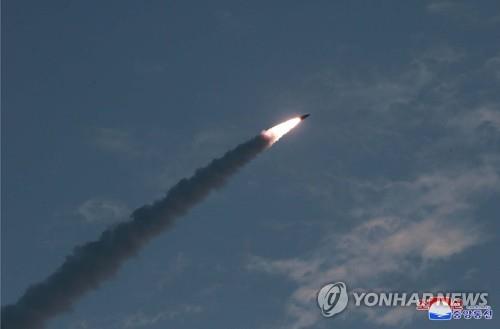 North Korea had been believed to have Scud-B/C/ER types of short-range ballistic missiles with an estimated range of up to 700 km.

As for its mid-range ballistic ones, Pyongyang has Pukguksong-2 and Nodong missiles, both of which can fly farther than some 1,000 km.
What causes concern over the new type of weapon is that such a low-flying target as the Iskander can take better advantage of geographical features, and its flattened trajectory, which does not exceed an altitude of around 50 km, could neutralize the U.S.' advanced anti-missile defense system, according to experts.

"The Iskander is also known to be capable of altering its flight path over its entire trajectory, making it a very effective tactical means for the military," Chang Young-keun, a missile expert at Korea Aerospace University, said.

A JCS officer said Friday that the missiles North Korea fired this week added "the so-called pull-up maneuver in the final phase," and that such moves were not covered by South Korean radar systems.

Typical ballistic missiles make inertial reentry without maneuver. In the reentry phase, however, the Iskander pulls up to fly horizontally and then dives to attack its target at a near 90-degree falling angle, which aims to avoid interception, experts noted.

Citing its homegrown mid-range surface-to-air missile, or M-SAM, he stressed that South Korea continues to beef up its missile defense capabilities against evolving threats from North Korea. 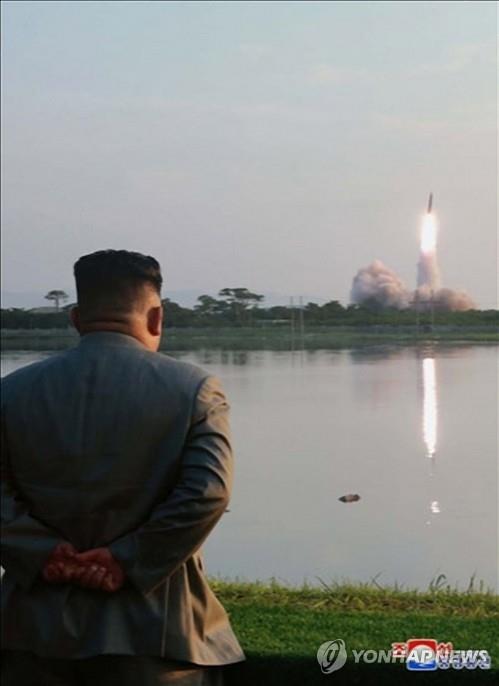 "Since last year when North Korean started to engage with the outside world, Pyongyang appears to have carefully devised schemes by carrying out low-intensity military actions," professor Kim said.

"It is to put pressure on the U.S. or South Korea while persuading its military, who may be discontented with such peace efforts," he added.

Since November, 2017, when North Korea test-fired the Hwasong-15 intercontinental ballistic missile (ICBM), leader Kim has declared a moratorium on nuclear and ICBM tests.

"Although 2018 saw a welcomed respite from recurrent North Korean provocations in 2016 and 2017, unchanged is the fundamental challenge the ROK (South Korea)-U.S. Alliance faces in terms of the threat posed by North Korea," the U.S. Forces Korea said in its annual publication, "2019 Strategic Digest."

"While Kim Jong-un ordered the dismantlement of a missile test site as well as the highly publicized destruction of the nuclear testing facility at Punggye-ri, much work remains to move toward the eventual goal of final, fully verified denuclearization," the USFK noted.