The Gwangju Fire and Safety Headquarters said the loft inside the night club collapsed around 2:30 a.m. and claimed the lives of two South Koreans. Authorities suspect the loft collapsed due to too much weight.

Firefighters said more than 10 people were injured, including foreign athletes who came to Gwangju, some 330 kilometers south of Seoul, for the July 12-28 FINA World Championships.

So far, authorities confirmed that nine foreign athletes were injured -- four Americans, two New Zealanders, one Dutch, one Italian and one Brazilian. They are all water polo players except the Brazilian, authorities said, with six of them women.

Local authorities believe dozens were injured from the collapse if those who suffered light bruises and scratches are included. 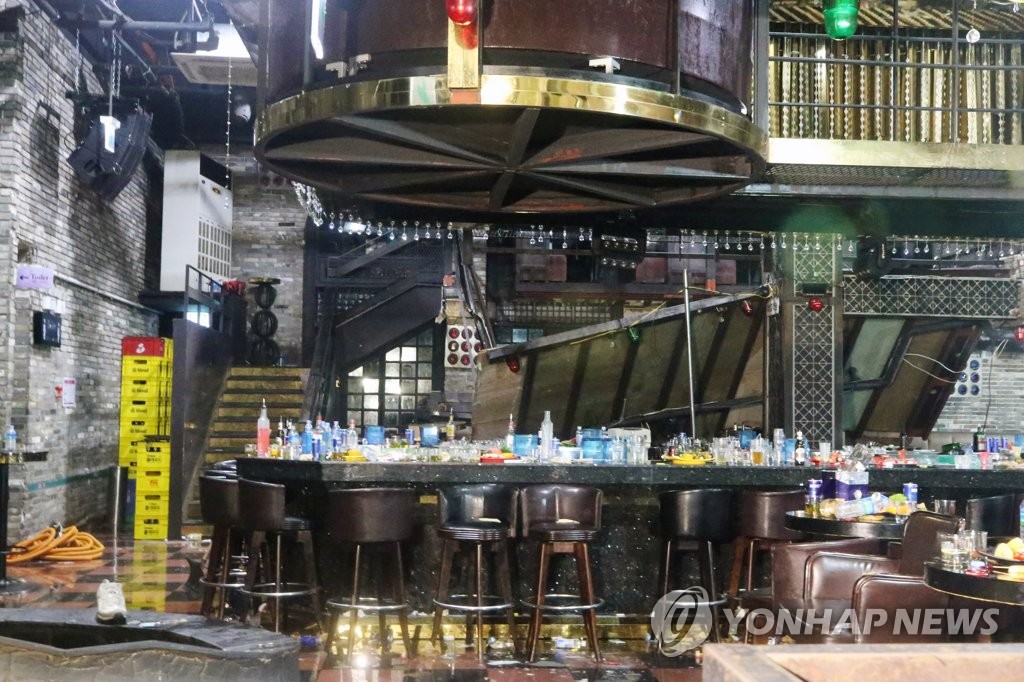