SEOUL, July 28 (Yonhap) -- The South Korean government is speeding up preparations to file a complaint with the World Trade Organization (WTO) as Japan is moving to remove Asia's fourth-largest economy from its "whitelist" of trusted trading partners, sources said Sunday.

"We plan to file a complaint with the WTO on a date convenient for South Korea," Deputy Trade Minister Kim Seung-ho said last week after returning home from Geneva, where he participated in a WTO meeting to win support from the international community and fend off export curbs by Tokyo.

Early this month, Japan implemented strict regulations for exports of three key materials to South Korea, which are crucial for the production of chips and displays, on the grounds that Seoul runs a lax system for the control of goods that can be diverted for military purposes.

Shortly after the announcement, the South Korean government said it will consider all measures, including filing a complaint with the WTO, and claimed that all allegations raised by Japan on the export control were groundless.

Japan is set to expand its restrictions to other areas by removing South Korea from a whitelist of trusted importers in the coming weeks, a move that could delay or disrupt the supply of such materials as it can affect more than 1,000 items.

The South Korean government is currently reviewing details of the request for consultation, which will be handed to the WTO as the first step for the lawsuit.

In line with such efforts, Seoul is also seeking to find a diplomatic settlement with Japan.

Foreign Minister Kang Kyung-wha will use a series of multilateral talks in Thailand to reverse Japan's recent export control measure against South Korea.

Kang is set to attend the annual ministerial gatherings involving the 10-member Association of Southeast Asian Nations taking place in Bangkok next week.

Trade Minister Yoo Myung-hee also visited Washington last week to highlight that Tokyo's restrictions could disrupt global supply chains and have a negative impact on not only Asian companies but the world's largest economy. 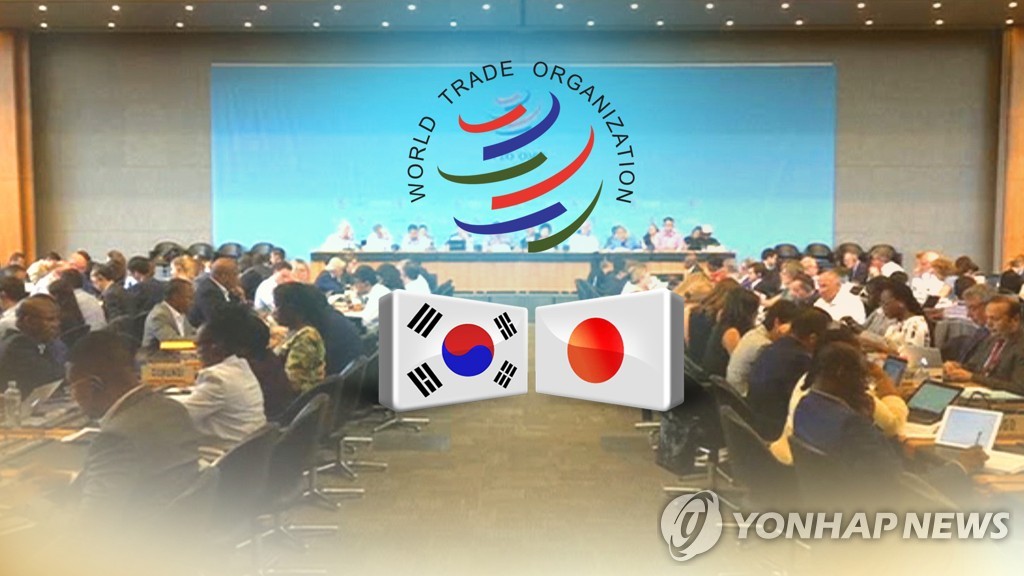