GWANGJU, July 28 (Yonhap) -- Kim Seo-yeong of South Korea was eliminated in the preliminary of her final event at the world championships Sunday.

Kim clocked 4:40.55 to finish 10th overall in the preliminary of the women's 400m individual medley (IM) at the FINA World Championships in Gwangju, 330 kilometers south of Seoul.

Only the top eight advanced to the final set for later Sunday. Kim was 1.62 seconds behind the eighth-place Zsuzsanna Jakabos of Hungary. 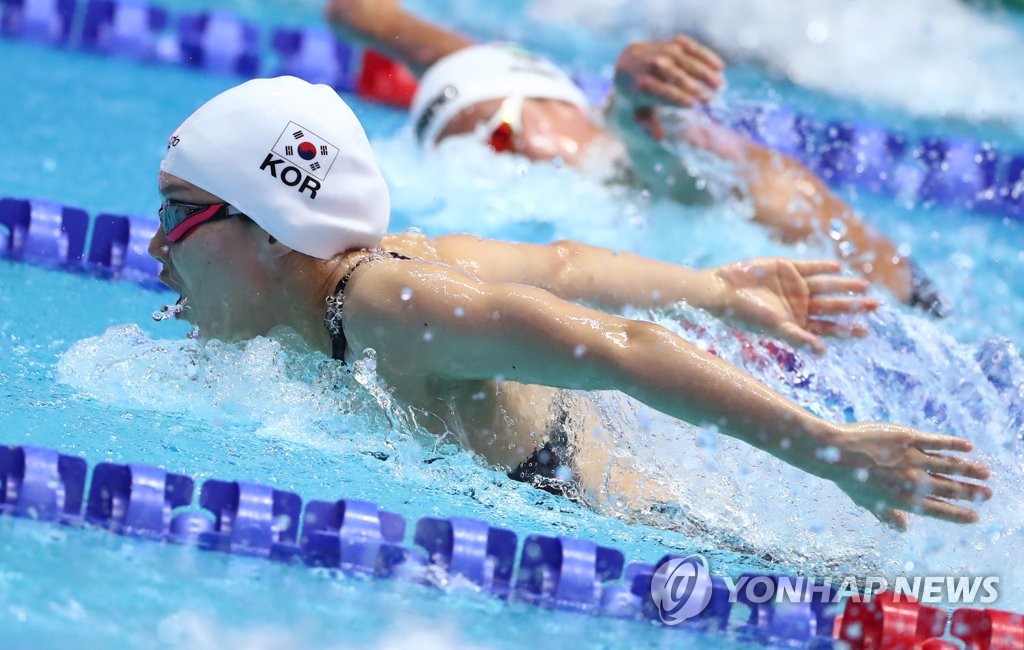 Kim finished ninth in the preliminary at the 2017 worlds to also miss the final.

In the medley, swimmers race in the order of butterfly, backstroke, breaststroke and freestyle. Swimming in the second of three groups, Kim stayed in third place through the fly and backstroke portions but fell to sixth place after the breaststroke leg. She tried to make up ground in freestyle but only ended up in fourth place in her group.

Katinka Hosszu of Hungary, a three-time defending champion, won the prelim in 4:35.40. 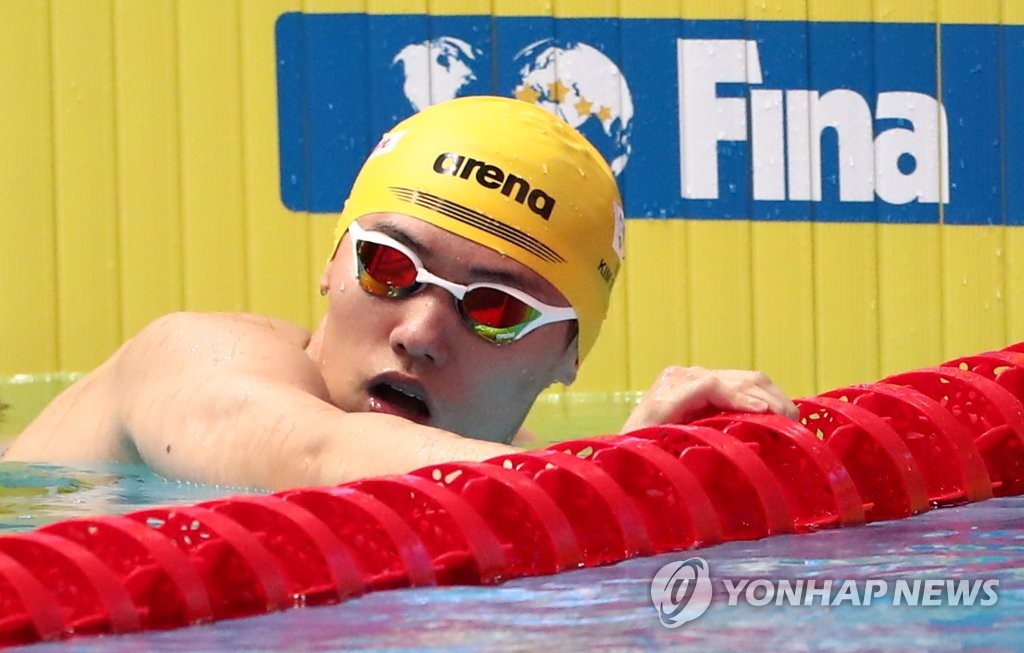 Earlier in the day, Kim Min-suk ranked 21st in the men's 400m IM preliminary with a time of 4:22.06. The top eight qualified for the final scheduled for later Sunday.

Daiya Seto of Japan won the heats in 4:12.27, and Chase Kalisz from the United States finished in 10th in his title defense. 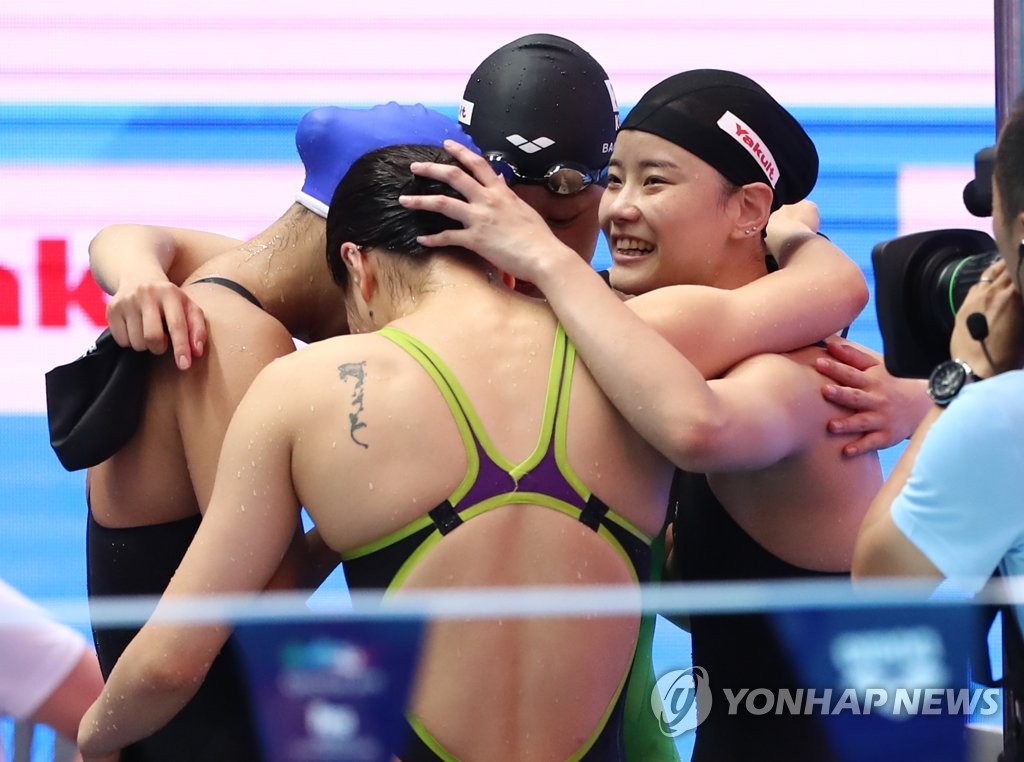 The women's team of Im Da-sol, Back Su-yeon, Park Ye-rin and Jeong So-eun set a new national record with 4:03.38, breaking the previous mark by 1.39, but it still wasn't enough to get them to the next stage. The top eight advanced to the final, and the top 12 clinched spots for the 2020 Tokyo Olympics, and South Korea ended 1.22 behind 12th-place Russia.

There will be eight finals later Sunday, the last day of the competition.