Gwangju Seobu Police Station in the southern metropolitan city said it has arrested the swimmer, 22, on charges of sexually harassing an 18-year-old woman at a club around 3 a.m. Sunday.

The woman called police immediately and the swimmer, whose identity was withheld, was arrested on the spot.

The swimmer, accompanied by an attorney from his native country, is said to be denying all allegations.

Police said they will seek a travel ban on the swimmer, a bronze medalist from the 2016 Olympics.

The incident took place about 24 hours after a loft at a Gwangju nightclub collapsed, killing two and injuring 16, including eight foreign athletes competing at the championships.

The competition began July 12 and will end Sunday night. 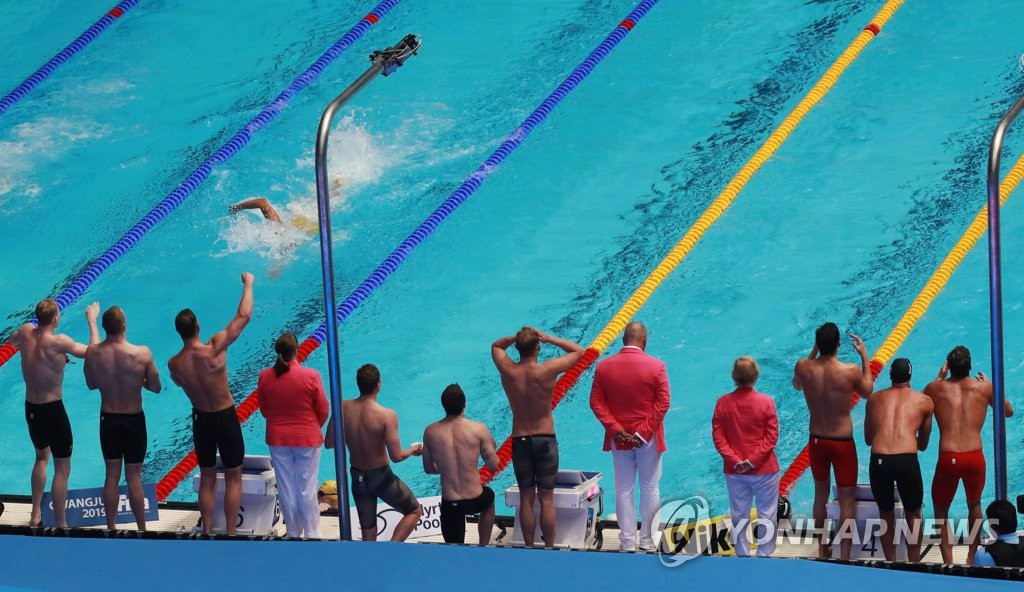