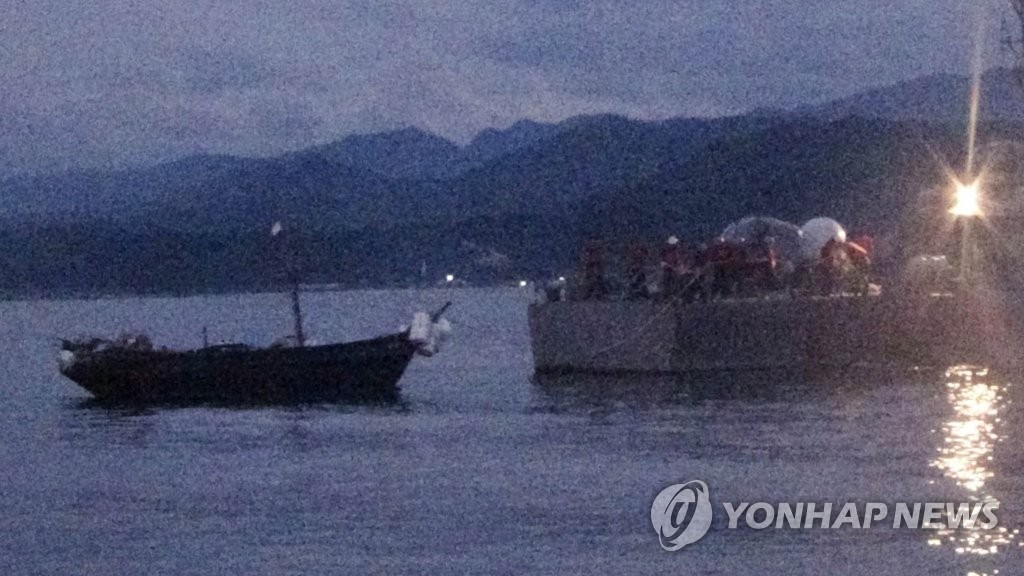 The boat was fishing for squid until Saturday morning 157 kilometers off the coast, after leaving the North's eastern port of Tongchon early Thursday, they said.

Worrying that weather conditions would deteriorate, the captain of the boat was trying to return to shore at night following what he believed to be the lights of the North's eastern port of Wonsan, which turned out to be those of a South Korean port, according to the JCS official.

"Based on a comprehensive review of the crew members' testimonies, their repatriation request and an inspection of the boat, we concluded that there were no suspicious points related to espionage activities," he added.

The man in the camouflage uniform said his wife made the cloth with fabric she purchased at a local market, known as "jangmadang" in North Korea, according to the official.

During the peak squid fishing season this year, a far greater number of North Korean fishing boats violated the NLL compared with last year, according to the JCS. Between May 31 and July 14, 380 North Korean boats were expelled for illegal fishing south of the maritime border, up from the 40 recorded during the same period in 2018.