Outbound shipments of locally manufactured medicines and medical supplies stood at US$4.67 billion last year, up 14.8 percent from the previous year, according to the data by the Ministry of Food and Drug Safety (MFDS).

Medicine exports have been increasing at an annual rate of 17.9 percent since 2014, the data showed.

The ministry said local pharmaceutical companies have become more competitive on the global stage on the back of robust R&D spending and policy support from the government.

Overseas shipments of biomedicine jumped by 13.9 percent on-year to $1.56 billion, accounting for 33.4 percent of the total, the data showed.

"Biomedicine products based on our own technology are increasingly certified and used in advanced countries, such as the United States and Europe," the MFDS said in a press release.

Europe was the top export destination, with $997.9 million in sales, trailed by Asia with $155.1 million and North America with $125.8 million, according to the data. 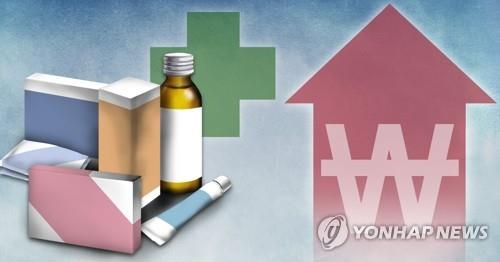