GWANGJU, July 29 (Yonhap) -- Police referred a foreign swimmer to the prosecution Monday requesting that he be indicted for groping a woman.

The 22-year-old athlete, who competed in the FINA World Championships in Gwangju, 330 kilometers south of Seoul, was detained Sunday for allegedly touching the body of an 18-year-old woman at a club around 3 a.m.

During questioning, he admitted to having made physical contact, Gwangju Seobu Police Station said. He was released later Sunday but banned from leaving the country for the next 10 days pending the investigation.

He expressed a wish to return to his home country after depositing to the court the sum equivalent to an estimated fine, according to the police.

He won a bronze medal in the Rio Olympics in 2016 but none in the Gwangju championships held July 12-28. 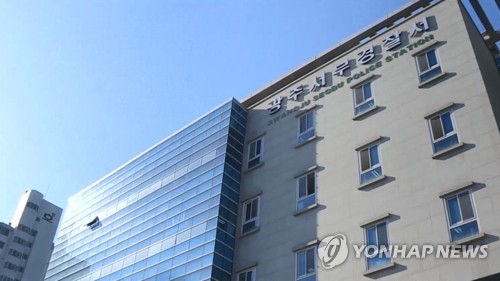