SEOUL, July 30 (Yonhap) -- The government said Tuesday it plans to seek a revision of labor laws in a way that will strengthen workers' right to organize as it pushes for a parliamentary ratification of key international labor standards.

The labor ministry earlier said it will submit to parliament a motion to seek the parliamentary approval of three of four key International Labor Organization (ILO) conventions, along with efforts to revise the related laws.

South Korea joined the ILO in 1991 but hasn't ratified four out of the eight core conventions -- No. 87 and No. 98 standards on freedom of association and No. 29 and No. 105 provisions on forced labor. The government seeks the parliamentary approval of the No. 87, No. 98 and No. 29 conventions.

The government will submit a revision of three labor-related laws -- general rules about labor unions, and the creation and operation of labor unions for public servants and teachers.

Under the government's proposals, if passed, the unemployed and dismissed workers will be allowed to join labor unions.

Retired public servants and teachers, firefighters and college faculty will be permitted to become a labor union member.

The revision also calls for extending the validity period of collective bargaining to three years from the current two years. Even if unionized workers stage strikes, they will be barred from occupying part or the whole of facilities in the workplace.

The government's move comes as the European Union (EU) demands South Korea approve the key labor provisions as agreed in their free trade agreement (FTA) implemented in 2011 amid concerns that it otherwise may take trade retaliatory measures against Seoul.

The issue warrants urgency as the EU requested the launch of an expert panel to review South Korea's compliance with the FTA.

"There are grave concerns that a possible dispute with the EU might add to economic uncertainty for South Korea, which heavily relies on exports for growth. The ratification of the ILO conventions are needed to fundamentally resolve the source of potential FTA-linked rows with the EU," the labor ministry said.

But the labor sector complains about part of the government's proposals, saying that they far fall short of the core labor standards. The business circle insists that it is too early for South Korea to ratify ILO conventions, given the current tense relations between labor and business.

The government plans to submit to the National Assembly a motion to seek the ratification of the ILO conventions and the revised three labor bills during a regular parliamentary session that starts in September.

The Ministry of Employment and Labor asked the foreign ministry to review the ratification motion last week.

It will be later reviewed by the ministry of government legislation and approved by the Cabinet meeting and the president before it will be submitted to parliament. 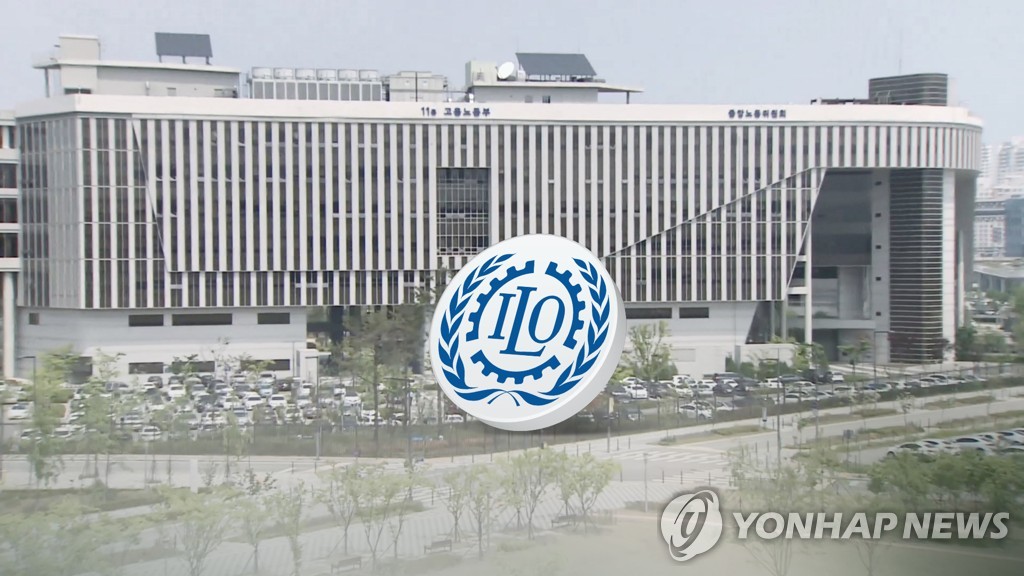