SEOUL, July 30 (Yonhap) -- Since its launch in 2016, idol competition TV show "Produce 101" has grown into one of the most promising debut channels for would-be K-pop stars, but the show sustained a major blow to its credibility as the competition results of its latest season have been called into question.

The final episode of the show's fourth season, titled "Produce X 101," on July 19, revealed the results of viewers' voting to pick the final 11 winners who will officially debut as a boy band under a contract with the show.

The birth of the new band, X1, however, was greeted with more suspicion and doubt than excitement from fans after several strong performers were eliminated from the lineup of the final 11 winners.

Out of the initial 101 candidates, 20 competed in the final voting to pick the 11 debut members in the last episode of the show, including Kim Min-kyu.

Kim was not among the final lineup despite his outstanding performance throughout the show, while several dark horse contenders made it to the debut group, triggering a major controversy over the voting results. 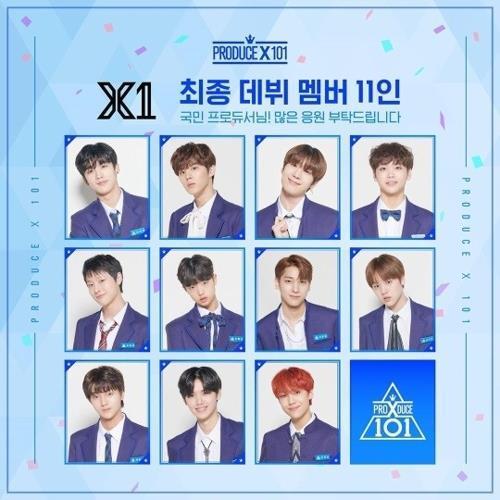 Some suspicious fans took issue with the result of the voting count, which showed certain numerical patterns.

According to their analysis posted online, the margins of the votes the 11 members garnered are invariably multiplied figures of number 7,494.4 or 7,494.5 They said the margin of votes between the top winner, Kim Yo-han, and the second winner, Kim Woo-seok, was 29,978, a number which is four times 7,494.5.

As the suspicions went unexplained by Mnet, the broadcasters, fans formed a fact-finding committee last week and announced their plan to lodge a legal complaint over the show.

Mast Law Firm, which represents the fans, is reportedly planning to bring criminal charges of obstruction of business against the show's production staff. It is also trying to discern if it can bring other charges, like breach of trust and violation of broadcasting law.

Angry fans also issued a joint statement last week, demanding Mnet disclose the raw data of the vote count to the public. "Vote rigging is deception of the viewers and an unpardonable act that derides the sweat and tears of the 101 contenders," according to statement.

As the protest deepened, Mnet took a belated step late last week to request a police probe on the show's chief producer, Ahn Joon-young, and other staff members. The next day, the police opened a preliminary investigation into the case.

The channel, however, defended the final lineup of X1 as correctly established. It also maintained that the final vote count was carried out in a verified process.

Despite the countermeasures by Mnet, however, many fans and experts remain doubtful about the competition show's credibility, putting the prospects for X1's success on an uncertain footing, unlike its wildly successful predecessor bands, like Wanna One and IZ*ONE.

"If (producers) are seen as deceitful, it could lead to a consumer boycott," pop culture critic Jeong Deok-hyeon said, referring to the rising awareness of consumers' rights.

"It could also lead to a major blow to the credibility of the broadcasting company," he said, adding that "the success of any audition programs rests on credibility (in the selection process)."

Fans have already shown signs of boycotting the new boy band, with some demanding the formation of a rival boy group, BY9, composed of the nine members who were eliminated in the final voting process, including Kim Min-kyu. 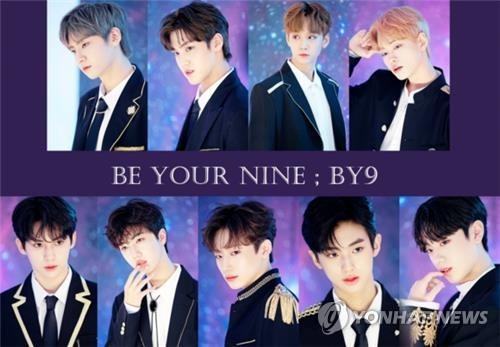