The first missile was launched at 5:06 a.m., and the second at 5:27 a.m., from the Kalma area in the North's eastern port of Wonsan, according to the Joint Chiefs of Staff (JCS).

Both are estimated to have flown about 250 kilometers at an approximate altitude of 30 km, the JCS said, adding that the South Korean and U.S. militaries are analyzing more details.

The launches come six days after North Korea fired two short-range ballistic missiles from the same area into the East Sea in its first provocation since May. Those missiles flew some 600 kilometers at an altitude of around 50 km and were identified as "KN-23," or the North's version of Russia's Iskander ballistic missile.

"Successive missile launches by North Korea are not conducive to efforts to reduce tensions on the Korean Peninsula, and we call for a halt to these acts," the JCS said in a statement.

A JCS official told reporters that Wednesday's missiles were fired from a transporter erector launcher (TEL), as was the case with the launches last week, adding that the launches appear to be a test of the weapons, given their relatively low altitude.

He added that the missiles appear to be similar to those launched last week, though the military is analyzing data related to the pattern of their flight.

After last week's missile firings, North Korea's state media said that the launches, held under the supervision of leader Kim Jong-un, were designed to send a "solemn" warning to South Korea over its plan to conduct joint military drills with the U.S. next month and purchase high-tech fighter jets from the ally.

South Korea held a National Security Council (NSC) meeting and expressed "strong" concerns over the launches, urging Pyongyang to stop acts that could heighten tensions and hamper efforts to bring peace to the Korean Peninsula.

Defense Minister Jeong Kyeong-doo earlier said that North Korea should be regarded as an "enemy" if it carries out provocations that threaten South Korea.

"North Korea's regime and military are of course included in the concept of an enemy if they threaten and provoke us," he told a forum held earlier in the day in Seoul. It was the strongest expression he has used to describe the North since taking office last year. 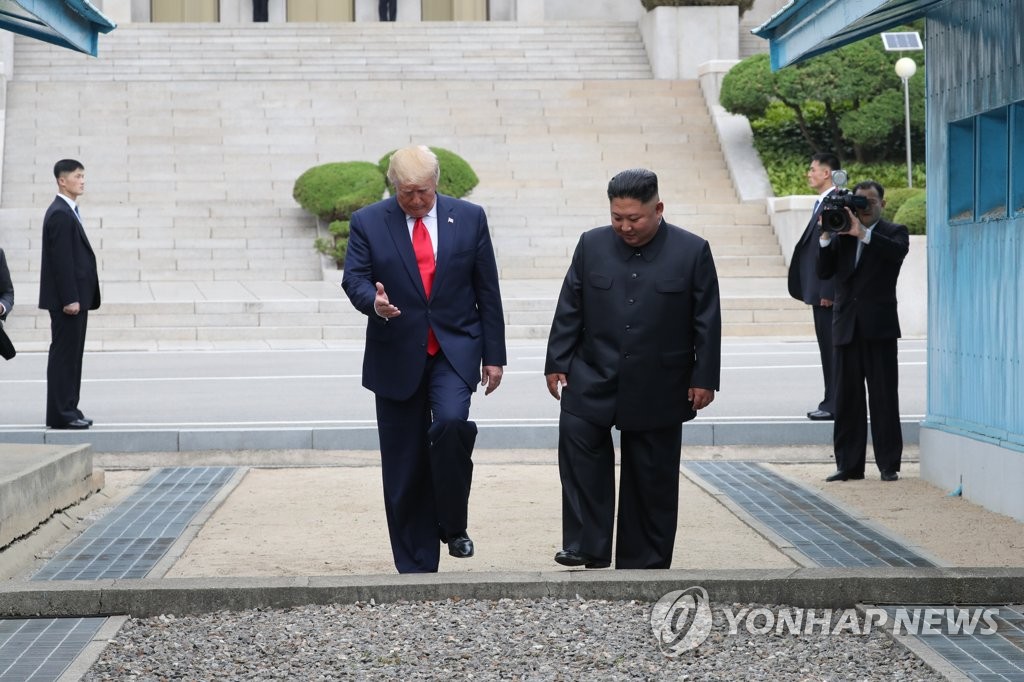 "We are aware of reports of a missile launch from North Korea, and we will continue to monitor the situation," a State Department spokesperson told Yonhap News Agency on condition of anonymity.

The series of launches comes as Washington has sought to restart working-level talks on dismantling the North's nuclear and ballistic missile programs in line with an agreement reached when U.S. President Donald Trump and North Korean leader Kim Jong-un held a surprise meeting at the inter-Korean border last month.

Despite last week's missile launches, the U.S. has remained upbeat about the prospects for talks with the North, with Trump dismissing last week's missiles as "smaller ones" that many countries test. U.S. Secretary of State Mike Pompeo also said Monday he hoped the discussions will resume "very soon."

Pompeo also described last week's launches as a negotiating tactic that allowed the talks to move forward. While noting the U.S. commitment to diplomacy, the State Department urged North Korea to refrain from further "provocations."

Trump insisted earlier Tuesday that he has a good relationship with Kim.

The North has also renewed its commitment to talks.

Experts said the missile launches appear to be aimed at increasing pressure on the United States ahead of the possible resumption of nuclear talks with Washington.