The data compiled by Statistics Korea showed the production in the service sector declined 1 percent in June from a month earlier, while the output of semiconductors rose 4.6 percent on-month.

Facility investment rose 0.4 percent last month from May due to increased imports of semiconductor manufacturing equipment and vessels.

South Korean companies imported semiconductor manufacturing equipment worth US$39.8 million in June, up from $34.2 million in May. But the June figure marked a decline from $59 million in June 2018. 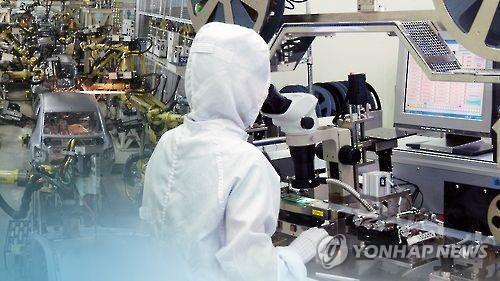