The defense ministry determined that the North's submarine is ready to be deployed soon, Rep. Lee Hye-hoon, the chief of the parliamentary intelligence committee, told reporters after the ministry's closed-door briefing.

Last week, North Korean state media unveiled photos of North Korean leader Kim Jong-un inspecting a new submarine, the deployment of which he says is "near at hand."

The ministry said blurred parts of those photos appear to the launch tubes of SLBMs.

In 2015 and 2016, North Korea fired several SLBMs to demonstrate the country's missile capability. In August 2016, it test-fired an SLBM off its east coast toward Japan. It flew about 500 kilometers, making the longest flight by such a missile.

North Korea imported Soviet-era 1,800 ton Romeo-class submarines in the 1970s. Since then, the country has built and been operating around 70 subs.

The ministry said North Korea has claimed it is constructing a 3,000-ton submarine, but the new sub does not appear to be that.

"There is a possibility that the new sub is slightly larger than a (2,500-ton) Gorae-class submarine," the ministry said, adding that the North may have revamped an old-fashioned Romeo-class submarine.

As for the recent air intrusion by China and Russia, the ministry told lawmakers that they were apparently attempted to keep the U.S. Indo-Pacific Strategy in check and collect military information about South Korea, the U.S. and Japan.

The ministry believes the air intrusion was intended to test a trilateral cooperation scheme involving Seoul, Washington and Tokyo as it was timed with U.S. National Security Council Advisor John Bolton's visit to Seoul, Lee said.

The ministry revised its earlier analysis of North Korea's missile launch on May 4.

It previously said the North fired multiple projectiles, including one short-range one, which appears to be a missile. But the government later revised that assessment to two projectiles.

North Korea said at that time that it conducted a "strike drill" for multiple rocket launchers and tactical guided weapons to test their performance.

Lee said she thinks North Korea's firing of two short-range ballistic missiles earlier in the day is apparently aimed at increasing their accuracy.

"The missile launch appears to affirm that South Korea is the target of North Korea's threats," she noted. 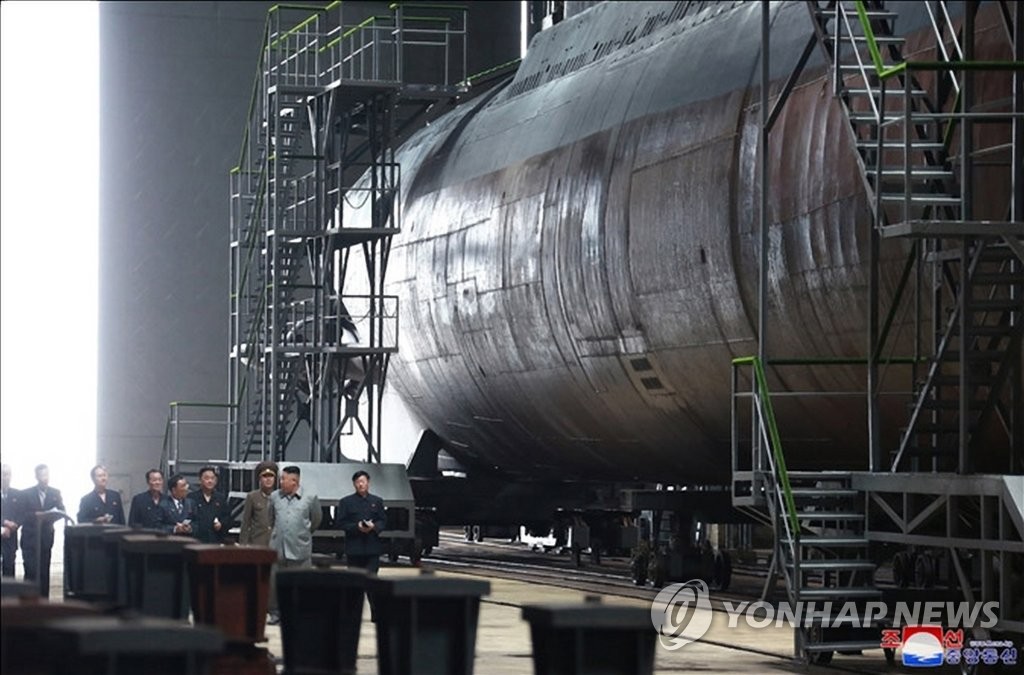