"The test-fire scientifically confirmed that the tactical data and technical characteristics of the new-type large-caliber guided ordnance rocket reached the numerical values of its design, and verified the combat effectiveness of the overall system," the KCNA said.

"After learning about the result of the test-fire, (Kim Jong-un) said that it is very great and it would be an inescapable distress to the forces becoming a fat target of the weapon," it added.

The KCNA did not mention any country as its potential target, but the report appears to be referring to Seoul, which is apparently within the range of the weapon.

Other North Korean media outlets, including the Rodong Sinmun, the North's official newspaper, also reported on Wednesday's launches and provided multiple photos of the tested weapons, but major parts were blurred out, apparently to avoid revealing sensitive information. 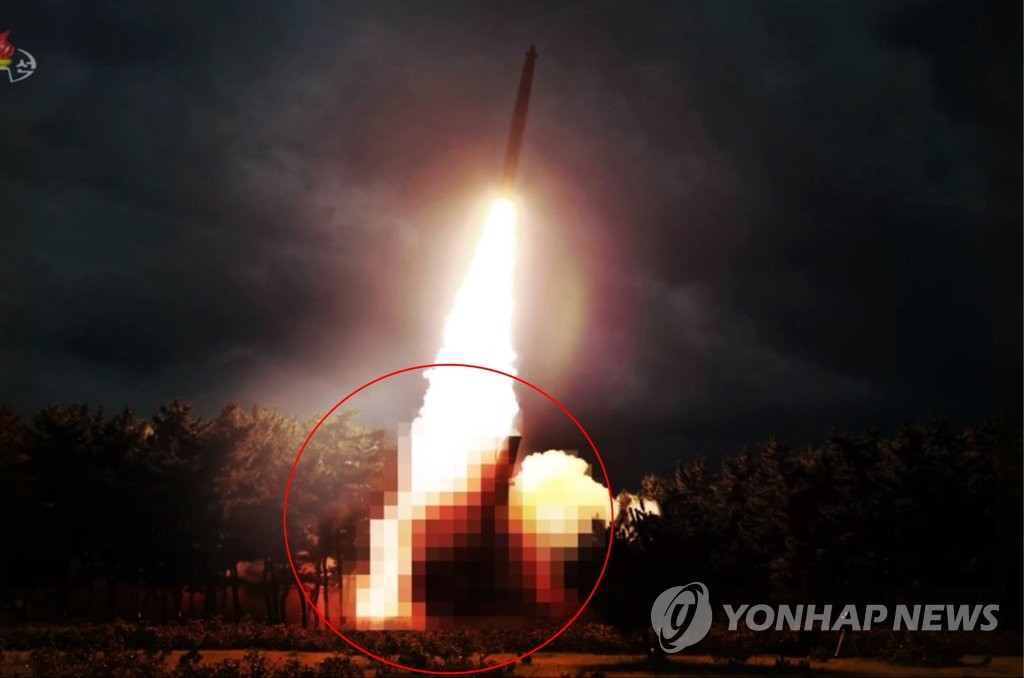 The reports came a day after South Korea's military said that North Korea fired two short-range ballistic missiles off its east coast early on Wednesday, saying they were estimated to have flown about 250 kilometers at an approximate altitude of 30 km.

Based upon the analysis of the photos, however, experts said that the weapons appear to be a multiple rocket launcher system, not missiles, which employs a larger caliber than its previous 300-mm version.

"North Korea appears to have remodeled its 300mm multiple rocket launcher, or KN-09, though it bears some similarities to China's 400-mm launcher," Shin Jong-woo, a senior analyst at the Korea Defense Security Forum in Seoul, said.

The new launcher system was seen fired being from a caterpillar-type transporter erector launcher (TEL) which can carry a maximum of six launching tubes, while the 300-mm launcher uses a wheeled-type TEL with eight tubes, he added.

North Korea has been working to improve its multiple rocket launchers by adding some features of guided missiles, and it is expected to test-fire the new weapon on several more occasions down the road, according to the experts.

Asked about differences in its analysis of the weapons type from what North Korea claimed to have test-fired, the Joint Chiefs of Staff (JCS) maintained its earlier assessment.

"The South Korean and the U.S. intelligence authorities so far believe that they showed flight features similar to those of a new type of short-range ballistic missiles," JCS spokesman Col. Kim Jun-rak told a regular briefing.

"The final determination on their exact type will be made after South Korean and the U.S. authorities wrap up comprehensive joint analysis into various related information," he added.

The latest launches came six days after North Korea fired two short-range ballistic missiles from the same area into the East Sea in its first provocation since May.

Following last week's missile tests, North Korea called the launches a "demonstration of power" aimed at sending a "solemn" warning to South Korea over its joint military drills with the U.S. slated for this month and purchase of high-tech fighter jets from the ally. 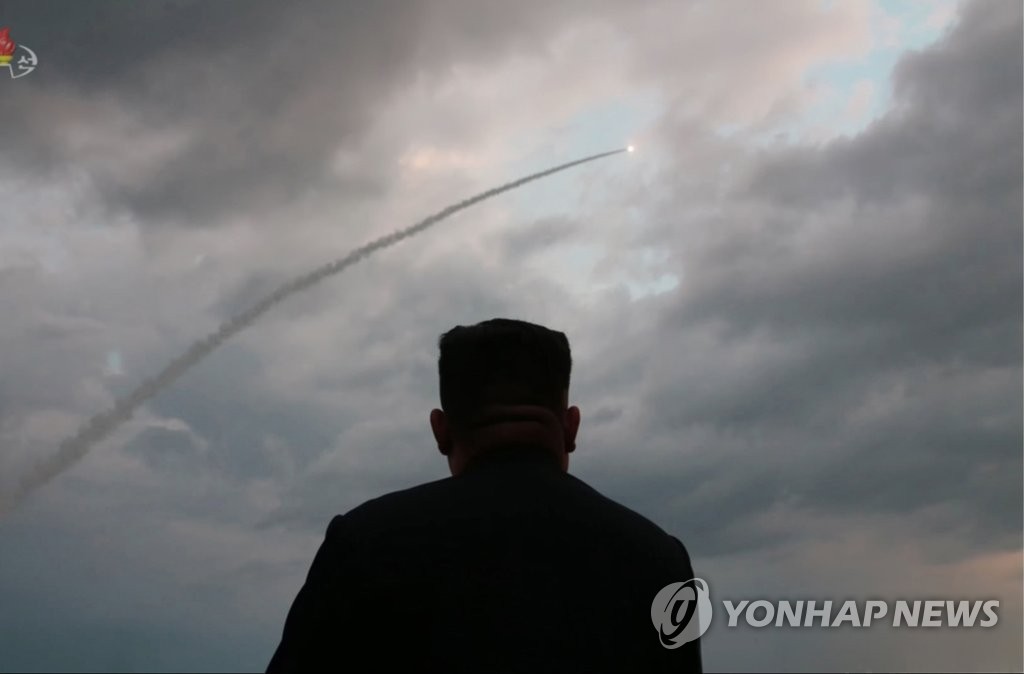 The series of weapons tests come as Washington has sought to restart working-level talks on dismantling the North's nuclear and ballistic missile programs in line with an agreement reached when U.S. President Donald Trump and North Korean leader Kim held a surprise meeting June 30 at the inter-Korean border.

Despite the North's recent weapons tests, the U.S. has remained upbeat about the prospects for talks with the North, with Trump dismissing last week's missiles as "smaller ones" that many countries test. U.S. Secretary of State Mike Pompeo also said Monday (Washington time) he hoped the discussions will resume "very soon."

Calling the weapons tested this week missiles, U.S. National Security Adviser John Bolton said Wednesday that the launches do not represent a violation of leader Kim's promise not to conduct long-range missile tests.

Bolton, known for his hawkish views on North Korea, questioned the regime's seriousness about resuming denuclearization talks, however, as he spoke to Fox Business.

"The firing of these missiles don't violate the pledge that Kim Jong-un made to (U.S. President Donald Trump) about intercontinental-range ballistic missiles," he said, referring to the North Korean leader's pledge to suspend nuclear and long-range missile tests.