Lee Do-hoon and his U.S. counterpart, Stephen Biegun, met Wednesday in Bangkok on the sidelines of a series of multilateral meetings involving the Association of Southeast Asian Nations (ASEAN).

"The two sides exchanged their analysis on recent and current situations, including one related to the North's July 31 launches of short-range ballistic missiles, and their views on how to respond to them," the ministry said in a press release.

"Both sides shared the understanding that the early resumption of working-level talks is more important than anything in this current situation and agreed to make diplomatic efforts to that end," it added. 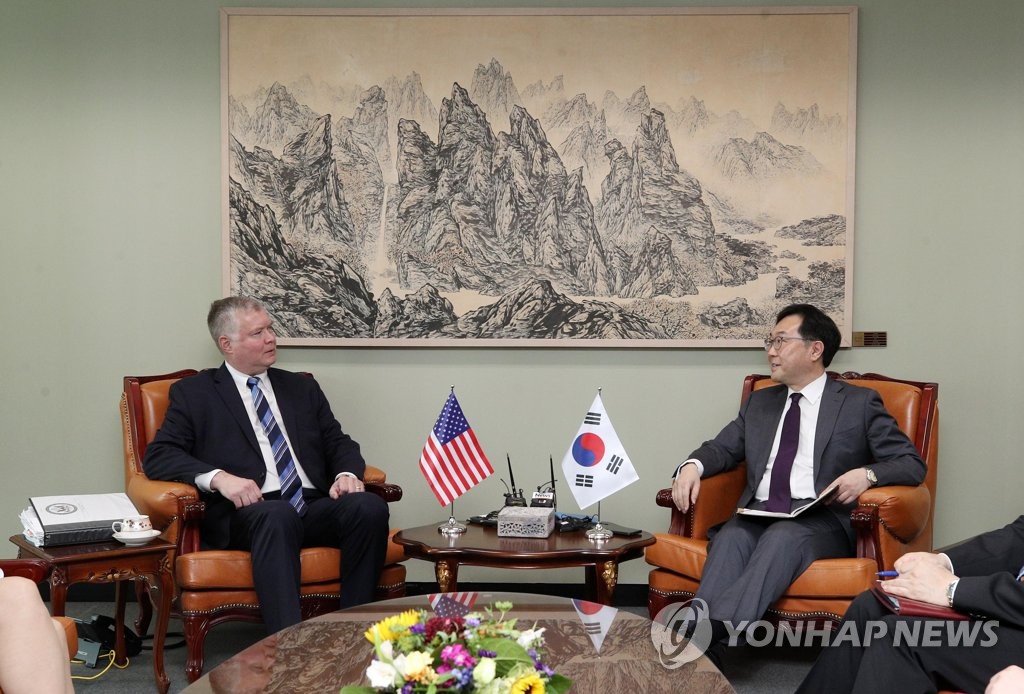