"I think there's reason for optimism here ... I think there's every hope that we'll have some talk soon," U.S. Ambassador to South Korea Harry Harris said in an interview with local radio station TBS.

He cited recent remarks by U.S. Secretary of State Mike Pompeo, who repeatedly expressed hope for working-level talks to resume very soon, as well as the pledge from North Korean leader Kim Jong-un to do so.

Denuclearization talks between Washington and Pyongyang have made little headway since the Hanoi summit between Kim and U.S. President Donald Trump ended without deal. They failed to meet halfway over the scope of the North's denuclearization and Washington's sanctions relief in return. 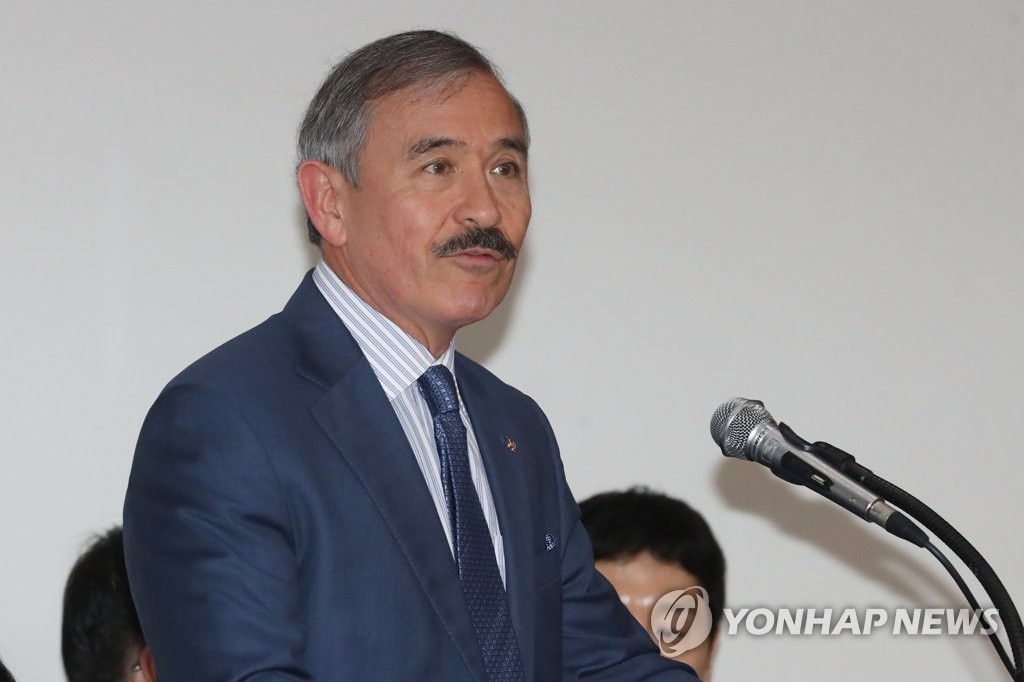 Hopes have been rekindled after the two leaders held a surprise meeting at the inter-Korean border of Panmunjom on June 30. Trump and Kim agreed at the meeting to resume working-level talks in the following weeks.

Regarding the North's recent missile launches, the ambassador reconfirmed the U.S. stance that they are "short-range" tests.

"We're not overly bothered with (them). I think that they are things that countries do and what we're concerned with is the greater issue, which is bringing peace to the peninsula and achieving final, fully verified denuclearization of North Korea," he said.

Trump has downplayed the missile firings as short-range ones that do not pose a security threat to the U.S. His national security advisor, John Bolton, has also said they are not a violation of U.N. Security Council resolutions since those apply to intercontinental ballistic missiles.

On the issue of the planned joint military exercises with South Korea, which Pyongyang has long denounced as war rehearsals, Harris, a former Navy chief of the U.S. Pacific Command, pointed out that the drills have been readjusted and their purpose is to maintain readiness as part of the obligation to the Korea-U.S. alliance.

"They have rescoped the exercises to focus them better on the requirements and they're smaller in scale," he said. "From the military and greater political perspective, (Trump) is showing (Kim) the open hand, rather than the closed fist."