Despite repeated calls not to further expand its export curbs, Japan removed South Korea from its list of trusted trading partners subject to preferential treatment in exports procedures, citing security reasons, which is strongly denied by the Seoul government.

The delisting requires Japanese companies to apply for an individual license to export items to South Korea, a move that could disrupt the timely supply of more than 1,100 items. 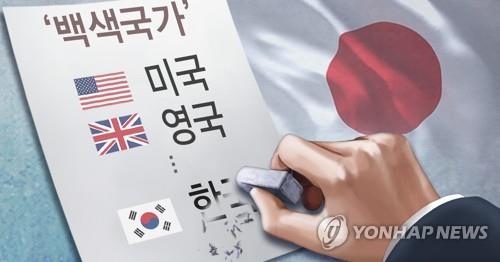 The latest move came weeks after Japan imposed tighter regulations on exports to South Korea of three materials -- resist, etching gas and fluorinated polyimide -- that are critical for the production of semiconductors and flexible displays.

Japan's move is surely to deal a further blow to Asia's fourth-largest economy, which is likely to grow slightly over 2 percent this year, sharply down from last year's 2.7 percent expansion.

The economy is estimated to have expanded 1.1 percent in the second quarter of the year, after contracting 0.4 percent in the first quarter, the worst performance in a decade.

But data show that the economy is highly likely to trend lower down the road. In the latest sign of economic trouble, the country's exports fell 11 percent on-year to US$46.14 billion for July, extending their on-year decline for an eighth consecutive month due to the Sino-U.S. trade dispute and a decline in prices of semiconductors.

Analysts said the impact from the delisting would be limited. But should the trade tussle continue longer than expected, it could further cripple the economy.

"The immediate impact on this action may be having a much greater influence on consumer confidence and business investment decisions, as well as causing ructions in financial markets," Moody's Analytics said in a recent report.

KB Securities, a local brokerage house, forecast that South Korea's economic growth will fall by 0.6 percentage point should exports drop by 10 percent in the wake of Japan's export curbs.

"The removal from the whitelist could make it hard to import materials and parts from Japan, and uncertainties will be further enhanced after the fourth quarter of the year," the brokerage house said.

U.S. investment bank Morgan Stanley has said that the trade issues between South Korea and Japan could place further pressure on the South Korean economy, which is already facing external and domestic headwinds.

"Overall, growth risks remain skewed to the downside for Korea, in our view. Our GDP growth forecasts of 1.8 percent for 2019 and 1.7 percent for 2020 are below consensus of 2.2 percent and 2.4 percent," Morgan Stanley said in a report published last month. 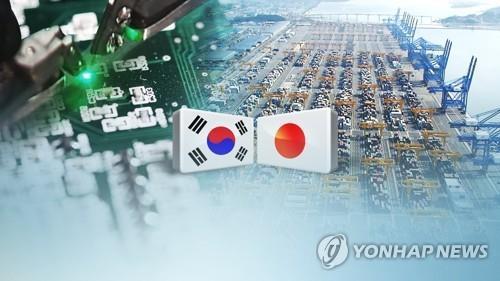 Earlier, Bank of Korea Gov. Lee Ju-yeol said Japan's export curbs may force the central bank to further trim its economic outlook down the road although it is hard to gauge the impact from the delisting at the moment.

Last month, the BOK slashed its growth estimate for the year to 2.2 percent from 2.5 percent.

The BOK governor also hinted at an additional rate cut if the trade feud with the neighbor continues. Last month, the central bank cut its key policy rate by a quarter percentage point to 1.5 percent.

"We expect the BOK will likely cut (the rate) at least one more time by the end of the year, especially given the plethora of downside risks and downward pressure," Moody's Analytics said.

Still, Jun Kwang-woo, chairman of the Institute for Global Economics, a private think tank, said it is too early to say how much impact the delisting will have on South Korea's economic growth, citing uncertainty on the duration of the removal from the whitelist.