The auto makers blamed lower demand in major markets, such as China, for their lackluster sales results last month and expressed concerns that a prolonged trade war between the United States and China would continue to weigh on their sales for the rest of the year. 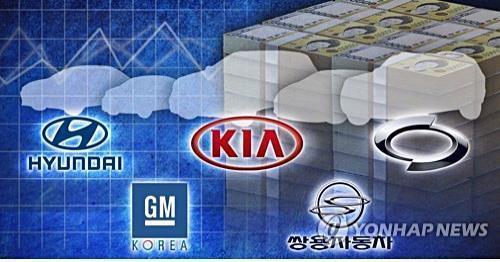 The maker of the Sonata sedan and the Santa Fe sport utility vehicle expects its Palisade SUV, which is now on sale in the U.S. market, to help boost sales in the second half.

The three other carmakers all posted declines in July sales due to weak demand for their models.

GM Korea sold 31,851 vehicles last month, down 14 percent from 37,046 the previous year, on weak demand for the Impala and the Malibu sedan.