SEOUL, Aug. 2 (Yonhap) -- South Korea and Japan decided Friday to delist each other as trusted trading partners, sending their trade and diplomatic row spiraling into an economic war, after Tokyo rejected Seoul's repeated appeals for a negotiated resolution.

Japan first removed South Korea from its whitelist of reliable countries earlier in the day in its second retaliatory step over a row surrounding wartime forced labor, following a July 4 measure to restrict exports of key materials used in semiconductor and display production.

"As it has become clear that the responsibility for the worsening situation lies with Japan, I clearly warn that the Japanese government will be fully responsible for what happens going forward," Moon said during a nationally televised emergency Cabinet meeting.

"Japan's measure added difficulties to our economy ... but we will not lose to Japan ever again," he said.

Moon's finance minister, Hong Nam-ki, announced later that South Korea will drop Japan from its own whitelist, denouncing Japan's decision as an "act that fundamentally damages the cooperative and trust relations the two countries have worked hard to build."

Hong also said South Korea will step up efforts to file a complaint with the World Trade Organization (WTO) over Japan's export restrictions, while promising full support for firms affected by the Japanese measure.

Friday's decision by Japan, which was widely expected, followed Tokyo's first restriction, imposed on July 4, that applies a tougher approval process for exports to South Korea of three key chemicals used for semiconductor and display production.

The row began after South Korean Supreme Court rulings last year that Japanese firms should compensate forced labor victims. Japan has vehemently protested the decisions, arguing that all reparation issues stemming from its 1910-45 colonial rule of Korea were settled under a 1965 accord that normalized bilateral ties.

Japan claims the export curbs are unrelated to the forced labor issue, but few believe the claim. 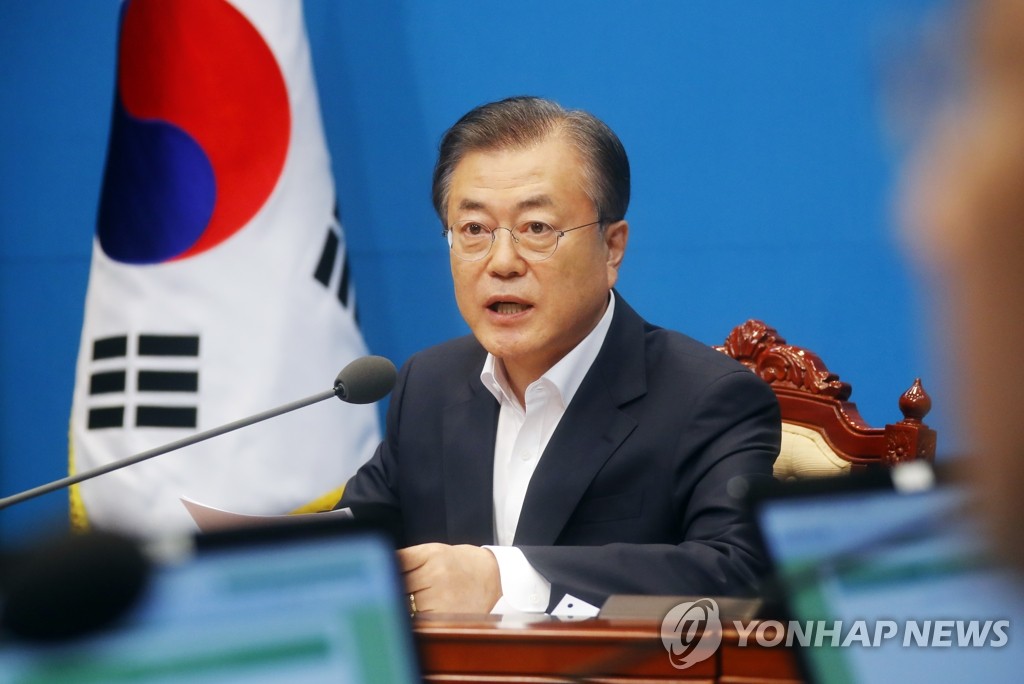 Japan's decision, if put into effect, will strike South Korea off the whitelist of 27 countries, including Argentina, Britain, New Zealand and Australia, granted simplified procedures for purchasing sensitive goods that can be diverted for military use.

South Korea was added to the list in 2004 and is the first country to be removed from it.

Later in the day, South Korea summoned Japan's top envoy to Seoul to file a protest.

In Bangkok, the foreign ministers of the two countries traded barbs.

"I am compelled to draw your attention to the decision made by Japan just this morning to remove my country from its list of trading partners that receive comprehensive export preferential treatment. And this (was done) in a very unilateral, arbitrary manner," Foreign Minister Kang Kyung-wha said during an annual meeting involving the Association of Southeast Asian Nations (ASEAN).

"We are gravely concerned by this decision to say the least with this coming in particular in the footsteps of an earlier decision that restricts some key export items to Korea," she added.

Japanese Foreign Minister Taro Kono hit back, calling Kang's remarks a "complaint." and claiming that the country's measures are fully compatible with the free trade regime, including the World Trade Organization agreement.

Under the measure, Japanese exporters will need individual authorization, rather than fast-track approval, for exports of around 1,120 dual-use items to South Korea. It is feared that the restrictions will cause significant delays and disruptions to imports from Japan.

Although it is not yet clear which items will be most affected by Seoul's removal from the list, analysts speculate that sectors with strong growth potential, including lithium-ion batteries, carbon fiber and engineering equipment, could be the targets of Japan's stringent export controls.

But the stepped-up restrictions could negatively affect Japanese companies too, as they may lose revenue from Korean buyers.

In a last-minute effort to defuse the row, Seoul's foreign minister, Kang, held talks with her Japanese counterpart in Bangkok on Thursday on the sidelines of a regional security forum, but the two sides failed to narrow their differences. 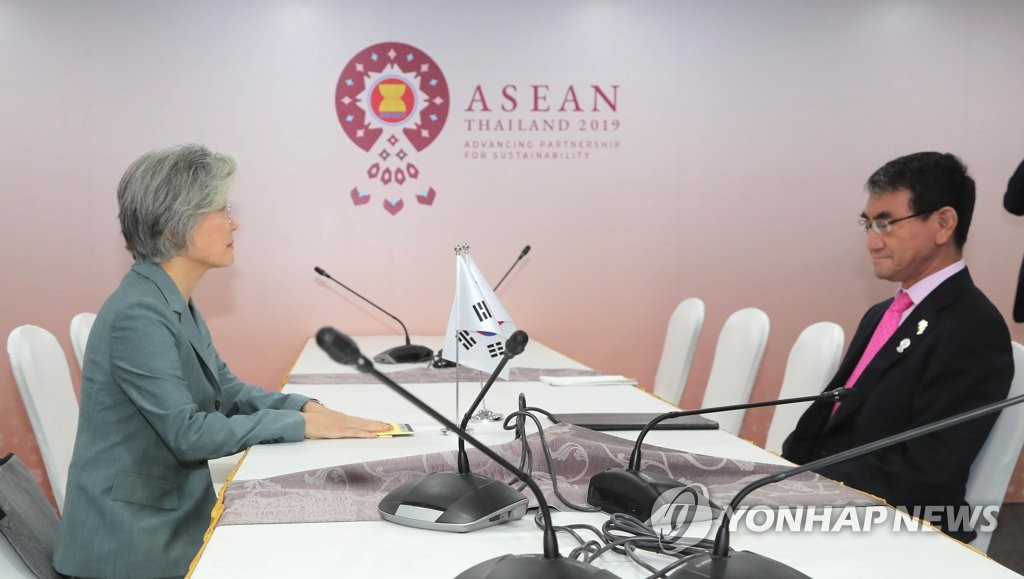 After the talks, Kang warned that Seoul could reconsider its participation in a bilateral military intelligence-sharing accord with Japan if Tokyo presses ahead with removing South Korea from the list.

Officials in Seoul have hinted that the country could consider terminating the 2016 General Security of Military Information Agreement aimed at sharing intelligence to better cope with threats from North Korea. The pact is supposed to be renewed automatically every year, but can be terminated if either side informs the other of its intention to end it.

This year's notification deadline is Aug. 24.

South Korea has urged Japan to withdraw its economic retaliation, saying the measures are unfair and run counter to principles of international trade. Seoul has called for a resolution of the matter through diplomacy rather than a dispute settlement process.

As a solution to the forced labor issue, South Korea proposed in June that companies of the two countries create a joint fund to compensate victims, but Tokyo immediately rejected the offer.

Seoul has sought Washington's help in resolving the row.

The U.S. has reportedly called for its two Asian allies to consider signing a "standstill" agreement to buy time to negotiate a solution. Japan has denied it received such a request from Washington.

On Thursday, a senior U.S. official was quoted by Reuters as saying that the U.S. is concerned about Japan's removal of South Korea from the whitelist, warning that it may bring negative repercussions if it leads to a "downward spiral."