It came hours after the North shot a couple of projectiles from a northeastern region into the East Sea in its third round of launches in a week.

On the basis of an initial analysis, the authorities of South Korea and the United States believe that the projectiles were new SRBMs, according to Cheong Wa Dae spokesperson Ko Min-jung. 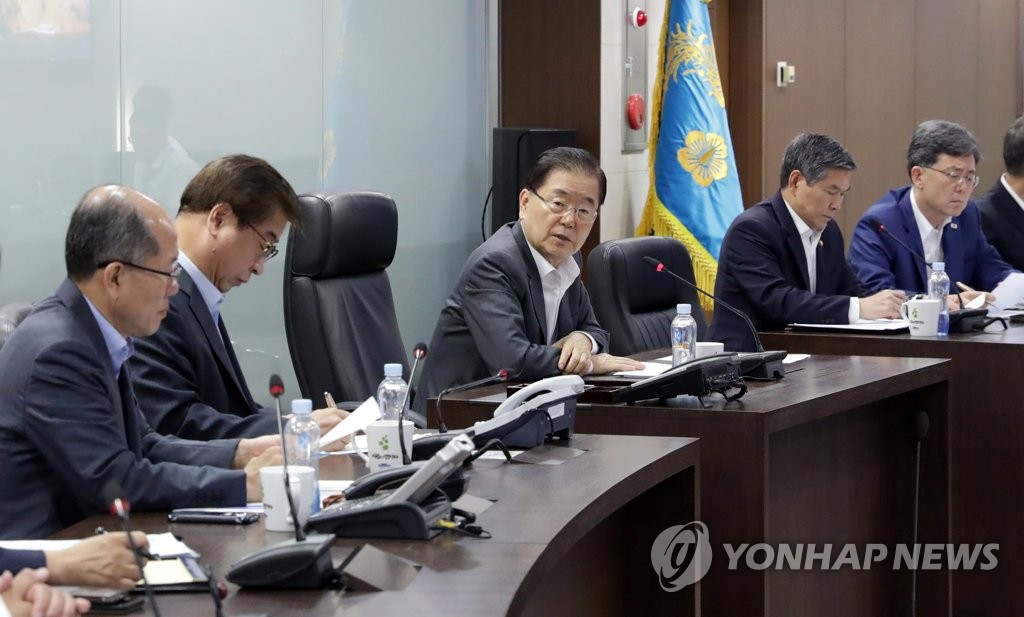 The allies noted that the projectiles had the similar characteristics of flight with those fired on Wednesday, which North Korea described as newly-developed "large-caliber rockets."

In the Cheong Wa Dae session the top security officials again urged Pyongyang to halt such acts, which officials say are not helpful to efforts to ease military tensions on the peninsula. 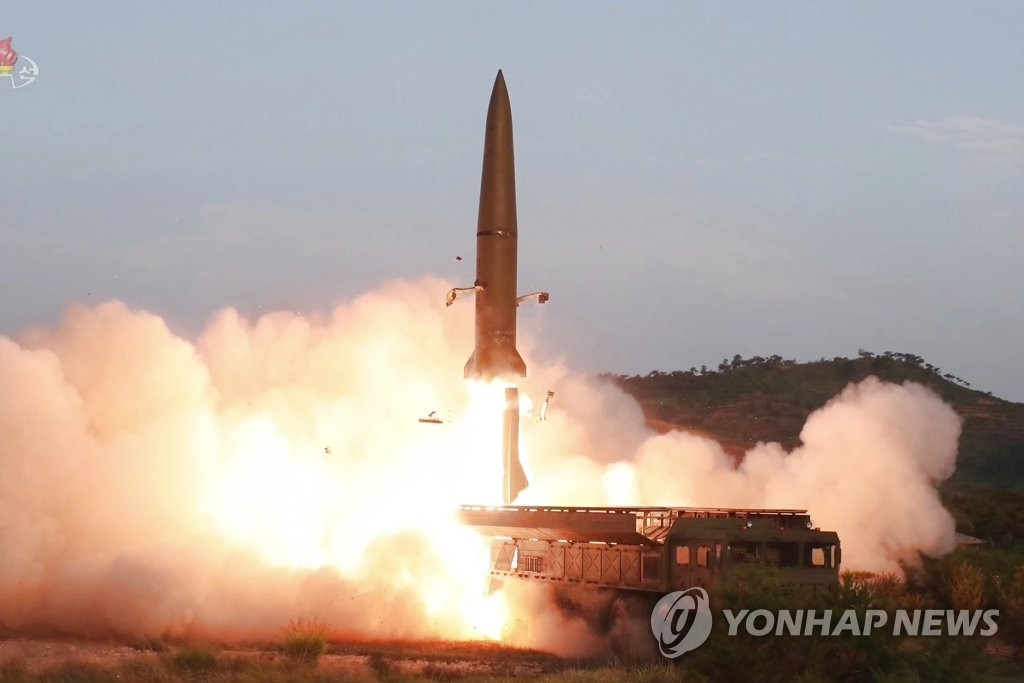 Pyongyang is seen as trying to show off its firepower in response to a plan by South Korea and the United States to kick off a joint military drill next week.