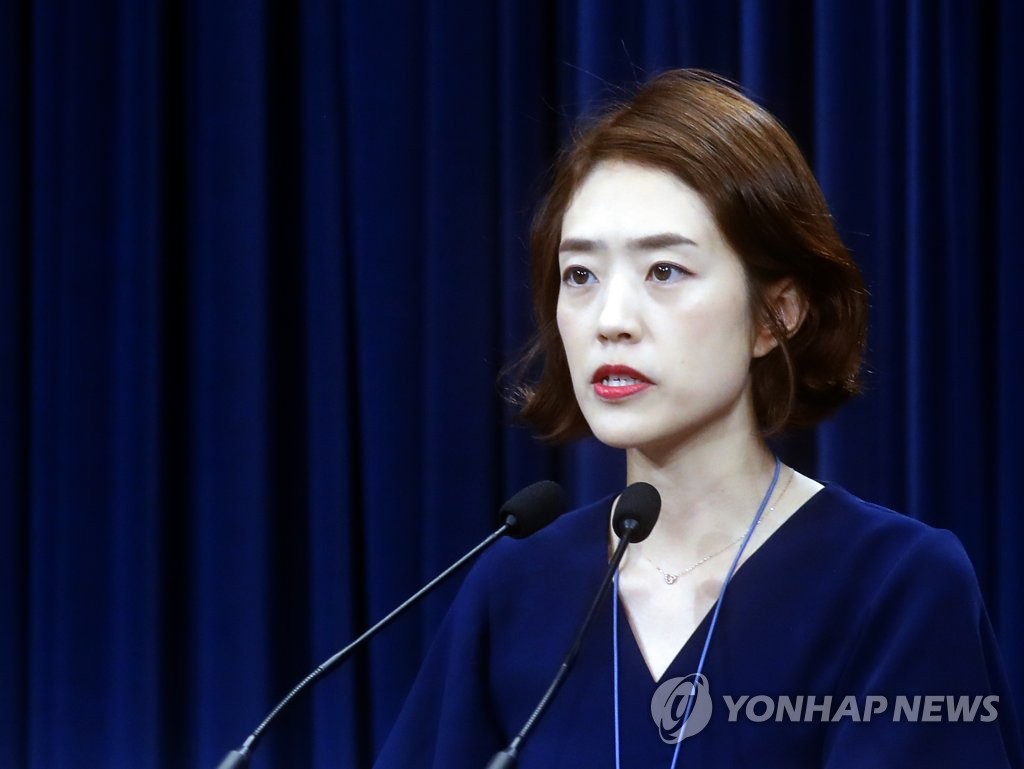 It came in response to Japan's Cabinet approval for the removal of South Korea from the so-called "whitelist" of trade partners, which Tokyo regards as trustworthy in terms of national security.

Japan has already curbed the exports of three high-tech materials to South Korean firms in apparent reprisal over historical disputes.

Koh noted that the additional restrictions, expected to take effect late this month, would be introduced in spite of Seoul's efforts to resolve the row through "dialogue and communication" with Tokyo.

She said Cheong Wa Dae plans to form a task force to be in charge of countermeasures.

President Moon Jae-in is scheduled to hold an emergency Cabinet meeting later in the day to discuss interagency strategies.