He described Tokyo's move to expand export restrictions as a "grave challenge" to bilateral relations and a "selfish, destructive" act that will heavily damage the global economy.

He was presiding over an emergency Cabinet meeting at Cheong Wa Dae on the worsening trade rift between the neighboring countries. His opening remarks were broadcast live. 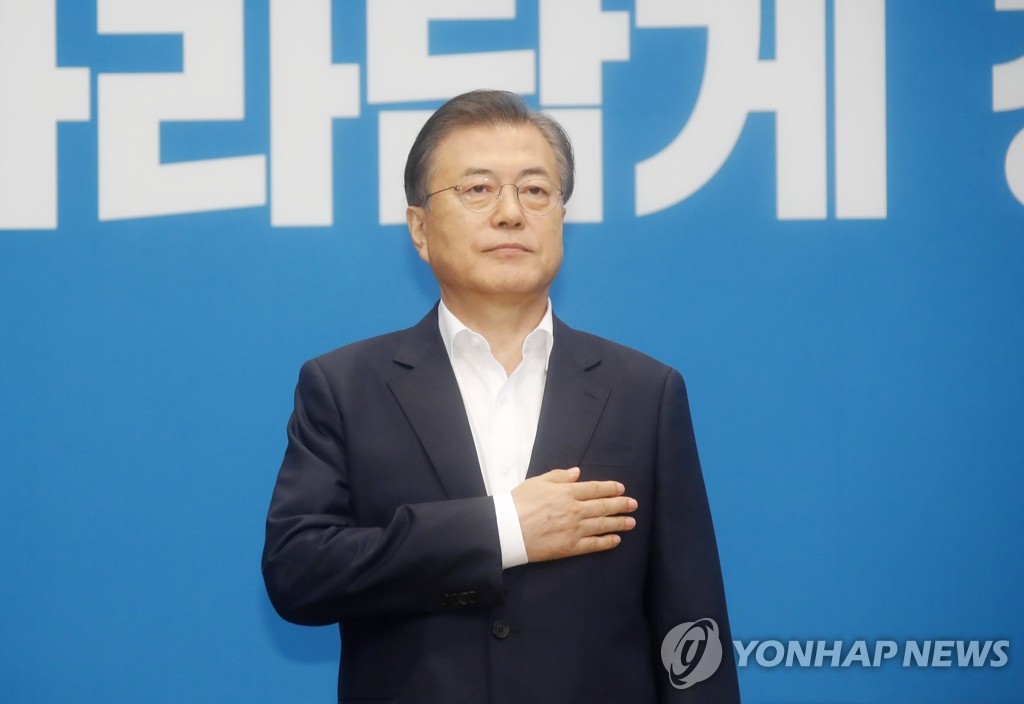 The meeting came after Japan's Cabinet approved a proposal to drop South Korea from the "whitelist" of 27 countries given preferential trade status in apparent additional economic retaliation over a row surrounding Japan's wartime forced labor.

He pointed out that Japan ignored Seoul's "warning not to go down a dead-end path" and pressed ahead with the Cabinet approval of the new trade restrictions.

The move had been widely expected since Tokyo limited the export of three key materials, used in semiconductors and smartphones, to South Korean firms in early July.

The Moon administration sought hard to prevent it with repeated overtures for a diplomatic resolution. The United States also reportedly proposed a "standstill agreement" between its top Asian allies to allow more time for negotiation on the trade rift.

Moreover, he said, Japan's move is "unjustifiable economic retaliation" and a "selfish, destructive act that will cripple the global supply chain and wreak havoc on the global economy."

In response, the South Korean government will take "corresponding" measures in a resolute way, Moon warned.

Even if Japan is an economic powerhouse, South Korea has "methods" to counter Japan's attempt to damage its economy, according to the president.

"We will step up our responses in a phased manner according to the measures taken by the Japanese government," he said. 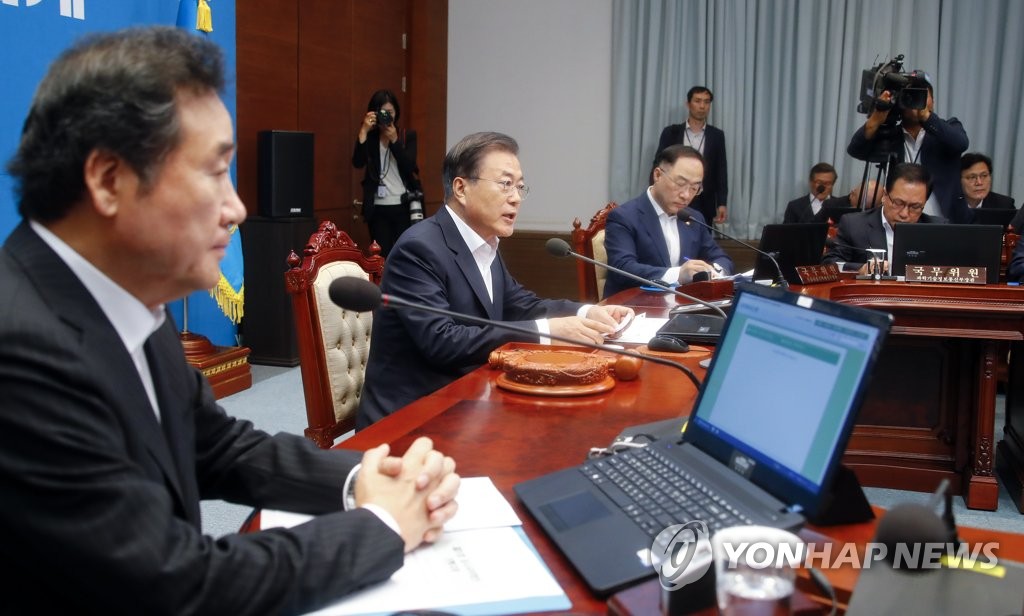 Seoul's possible options include the nullification of a bilateral military information-sharing accord, named the General Security of Military Information Agreement (GSOMIA), which has been renewed each year automatically in August. The agreement is crucial to the two countries' trilateral security partnership with Washington.

"As we have already warned, if Japan intentionally strikes at our economy, Japan itself will also have to bear significant damage," Moon said.

Seoul does not want the vicious cycle of tit-for-tat actions, he said, adding the only way to stop it is for Japan to retract the trade restrictions as early as possible and have dialogue with South Korea.

Asia's fourth-largest economy has the potential to overcome such difficulties, he said.

"The old order in which one country can dominate another by using force is merely a relic of the past," Moon said. "We will never again lose to Japan. We have come this far today by overcoming countless hardships."

The president stressed, "If we take the current challenges as an opportunity instead and turn them into a chance to make a new economic leap, we can fully triumph over Japan. Our economy can surpass Japan's."

Korea was under Japan's brutal colonization from 1910-45. During World War II, many Koreans were forced to work at Japanese factories and mines for no pay. Last year, South Korea's Supreme Court ordered two Japanese companies to pay compensation to some victims who filed lawsuits.

Japan claims that all reparations, connected with the colonization, were settled in a 1965 state-to-state treaty, while South Korea's highest court said individual rights to compensation for such crimes against humanity are valid.