SEOUL, Aug. 2 (Yonhap) -- South Korean stocks sank to finish below the psychologically important 2,000-point threshold Friday, by falling 1 percent, in the face of escalating trade tension between its two largest trading partners, and its own with Japan. The Korean won fell sharply against the U.S. dollar.

The growing trade row between the United States and China, coupled with Japan's economic retaliation against South Korea, continued to spook market sentiment.

Japan's Cabinet also approved a motion to strike South Korea off a "whitelist" of countries subject to preferential trading status in its latest salvo in a series of economic retaliations against a Seoul court ruling over Japan's wartime forced labor.

"The removal was an event already expected by the market, but Trump's announcement of the tariff came as a surprise," said Ha In-hwan, a researcher at Meritz Securities Co.

Tech shares closed lower as they were considered some of the primary victims of Japan's export curbs. Top market cap Samsung Electronics lost 0.55 percent to 44,950 won, and No. 2 chipmaker SK hynix slid 2.06 percent to 76,100 won.

The South Korean won closed at 1,198.00 won against the U.S. dollar, sharply down 9.50 won from the previous session. 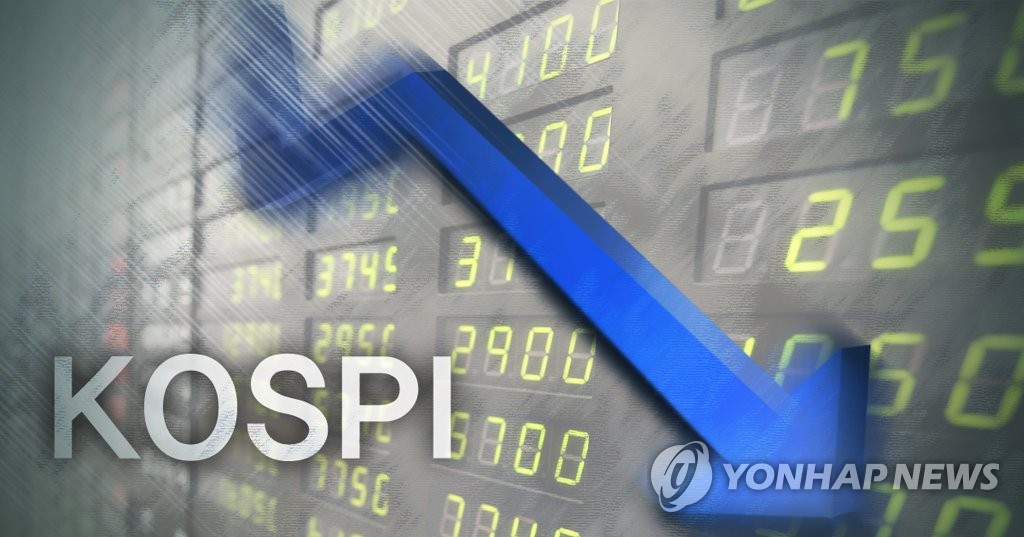