SEOUL, Aug. 2 (Yonhap) -- South Korea said Friday that it will remove Japan from its list of trusted trading partners in an escalating trade war between the two neighbors, in what could be its latest salvo against Tokyo's expanded trade restriction.

"We will take the step of strengthening export controls by excluding Japan from the whitelist," Hong Nam-ki, the minister of economy and finance, said in a joint news conference.

Currently, Japan and 28 other countries are on Seoul's whitelist. South Korea said it will create a new category in its export controls and put Japan in that category.

Sung Yun-mo, minister of trade, industry and energy, declined to elaborate on how many items could be affected by South Korea's removal of Japan from the list. 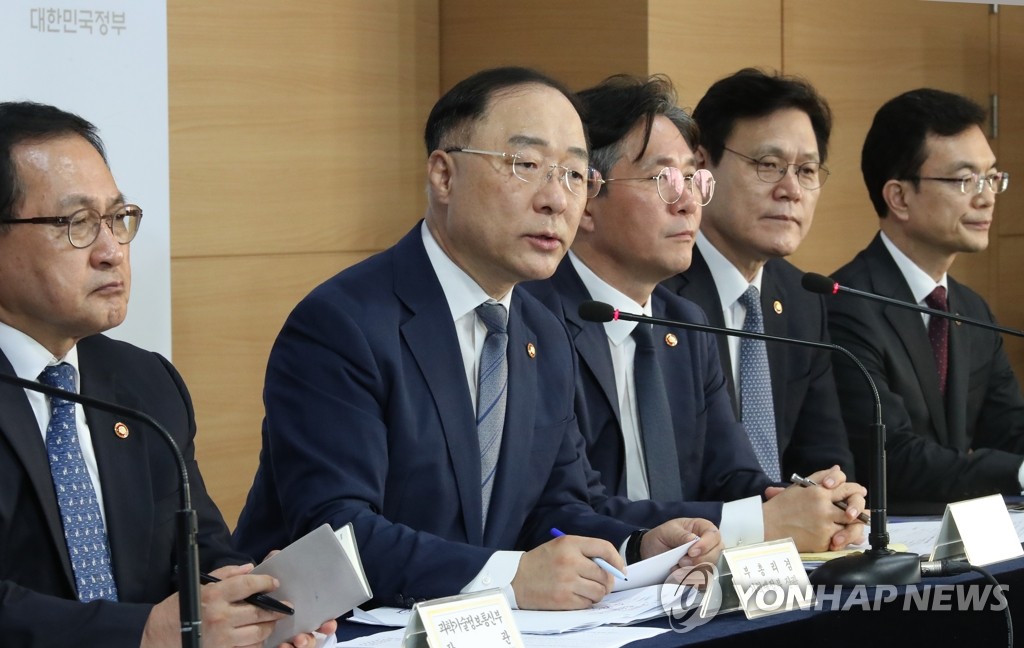 In 2003, South Korea introduced a situational permit -- known as a "catch-all" system -- and has since added relevant regulations on a catch-all clause in the Foreign Trade Act to strengthen the system.

The Foreign Trade Act requires exporters to obtain a situational permit for any goods that are not listed as strategic items but may be used in weapons of mass destruction or their delivery systems, if exporters become aware that the importer or the end user of the goods intends to use the them for manufacturing, developing, using or storing WMDs, or suspects that there could be such intent.

South Korea said it is stricter than Japan in applying the catch-all system.

Hong also said South Korea will step up efforts to file a complaint with the World Trade Organization (WTO) over Japan's export restrictions.

Early in the day, Japan decided to drop South Korea from the whitelist of countries, despite South Korea's repeated calls to scrap the move, which it warns would further escalate their trade row.

The delisting requires Japanese companies to apply for an individual license to export a total of 1,194 strategic items to South Korea, a move that could disrupt global supply chains for semiconductors and other key industrial products.

Japan's export curbs would wreak havoc on the global economy, as well as on global supply chains.

South Korean chips are used around the world in a wide range of products such as computers, smartphones, tablets, electronic appliances and cars.

In July, Japan imposed tighter regulations on exports to South Korea of three materials -- resist, etching gas and fluorinated polyimide -- that are critical for the production of semiconductors and flexible displays. 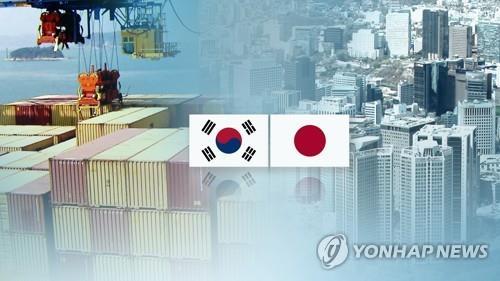 In order to help local firms deal with any fallout from Japan's stricter export restrictions and cut the country's heavy reliance on Japanese materials, South Korea said it will additionally provide more than 1 trillion won (US$832.5 million) per year for research and development on about 100 key strategic items.

South Korea also plans to expand the scope of tax credit on research and development and facility investment to promote the development of key industrial materials, parts and equipment.

Hong pressed Japan to immediately withdraw its economic retaliation, calling for a diplomatic resolution of the dispute.

In Bangkok, South Korean Foreign Minister Kang Kyung-wha and her Japanese counterpart, Taro Kono, traded barbs at a regional security meeting over Japan's decision to remove Seoul from the whitelist.

Despite Japan's expo curbs, Hong said South Korea has no plan to revise its growth outlook this year.

Last month, the South Korean government slashed its economic growth outlook for 2019 to between 2.4 percent and 2.5 percent from its previous forecast of between 2.6 percent and 2.7 percent in December.