(ATTN: UPDATES with U.S. offer, other details from 5th para)

SEOUL, Aug. 2 (Yonhap) -- Cheong Wa Dae confirmed Friday that it would review whether to continue exchanging military information with Japan, a key element in tripartite security cooperation with the United States.

Kim Hyun-chong, the deputy national security advisor, said the reconsideration could be part of "comprehensive countermeasures" against Tokyo for its decision to remove Seoul from the "whitelist" of more than two dozen nations that enjoy minimized procedures when importing Japanese goods.

Japan cited "national security purposes" for the move to limit the export of strategically sensitive materials.

"The (South Korean) government will take comprehensive response measures, including (reviewing) whether it's right to maintain the sharing of sensitive military information with a country that takes issue with the lack of trust and a security-related problem," Kim said at a press briefing. 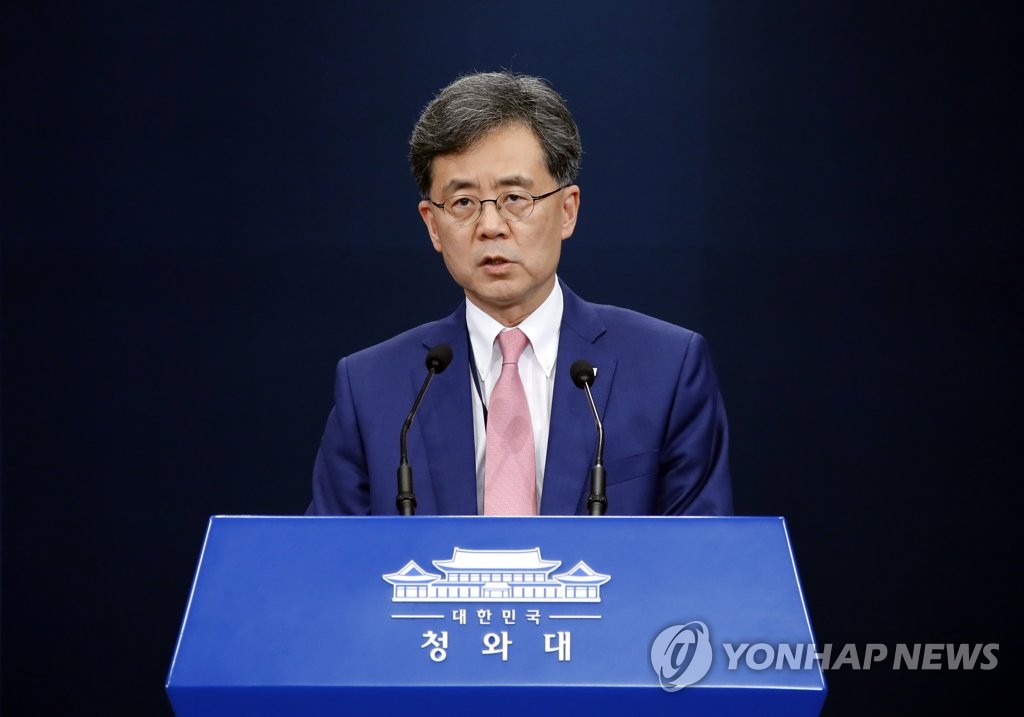 The General Security of Military Information Agreement (GSOMIA) was signed in 2016 and has been renewed each year automatically in August. The agreement is to expire in November and in order to scrap it, either party is required to notify the other of its intention to do so 90 days ahead of its expiration.

A Cheong Wa Dae official, meanwhile, said the Trump administration proposed a "standstill agreement" with Japan on July 29 aimed at giving them more time and room to negotiate a diplomatic resolution to the trade row.

"The U.S. did so to Japan the same day as well," he added, speaking on condition of anonymity. "The following day, we proposed to Japan that (the two sides) hold high-level consultations but it rejected that."

Separately, South Korea dispatched high-profile special envoys to Japan twice in July to meet with senior Japanese officials to address the problem but to no avail, according to the Cheong Wa Dae official. He refused to elaborate.