According to Korea Verband, a nonprofit association based in Berlin, its chairperson Han Jung-hwa donated a small statue of a girl to Ravensbruck Memorial, located in Brandenburg, northern Germany, in 2017.

The German museum, which was built to commemorate the largest concentration camp for women on German soil during World War II, had exhibited the statuette since then.

But last year, the Japanese embassy demanded the state government of Brandenburg and the memorial hall withdraw the bronze figurine from display.

"I heard that the Brandenburg government and the museum have been under pressure from Japan," said Han, the head of Korea Verband.

The museum succumbed to the Japanese pressure and removed it, she said. 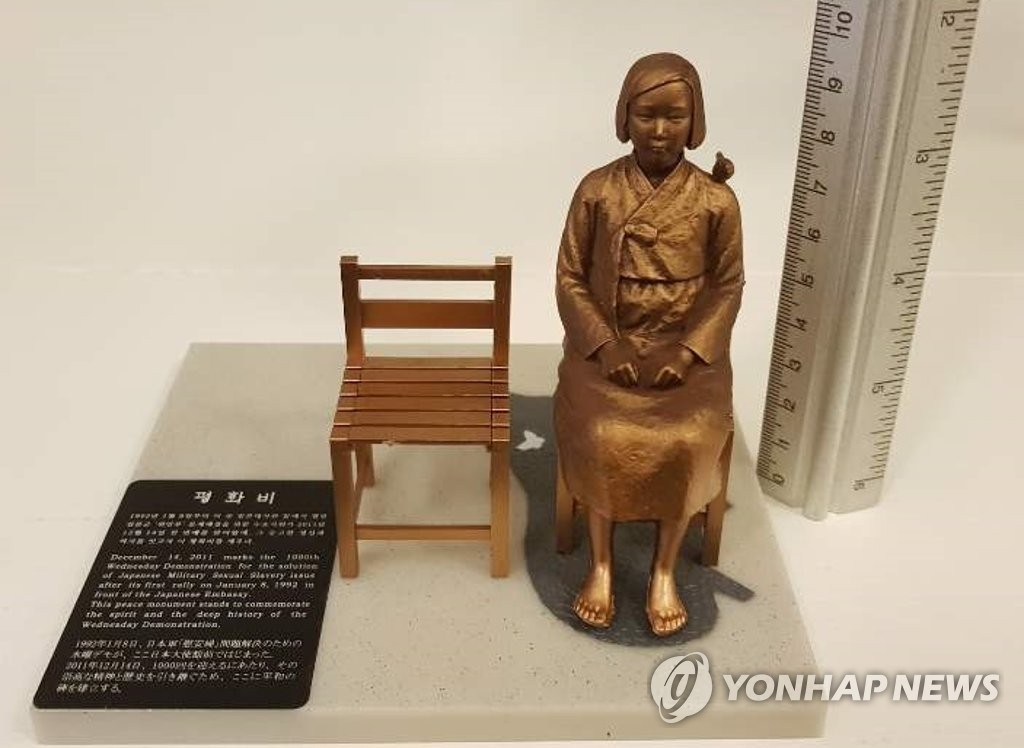 The statue symbolizes Korean women who were forced to serve as sexual slaves for front-line Japanese soldiers during the war. According to historians, up to 200,000 women, mostly Koreans, were coerced into sexual servitude at front-line Japanese brothels during the war when the Korean Peninsula was a Japanese colony. Those sex slaves were euphemistically called "comfort women."

The Japanese government has been uncomfortable about the statue as the sex slaves are one of the most emotional issues that still remain unresolved between South Korea and Japan.

Japan's attempts to disturb local exhibitions of such statues have continued for years in Germany.

The Japanese embassy in Germany protested to GEDOK, a Berlin museum for female artists, which decided to display a sculpture of the sex slave girl at its "Toys Are Us" exhibition starting from Friday.

The same statue also brought about a removal request from the Japanese government when it was on display in Dortmund, western Germany, in June.

In 2017, the Japanese government demanded the local authorities remove a statue of a different edition set up in a park in the southern German city of Wiesent.

A year ago, Japan kept the South Korean municipal government of Suwon from establishing a statue in Freiburg, southern Germany. 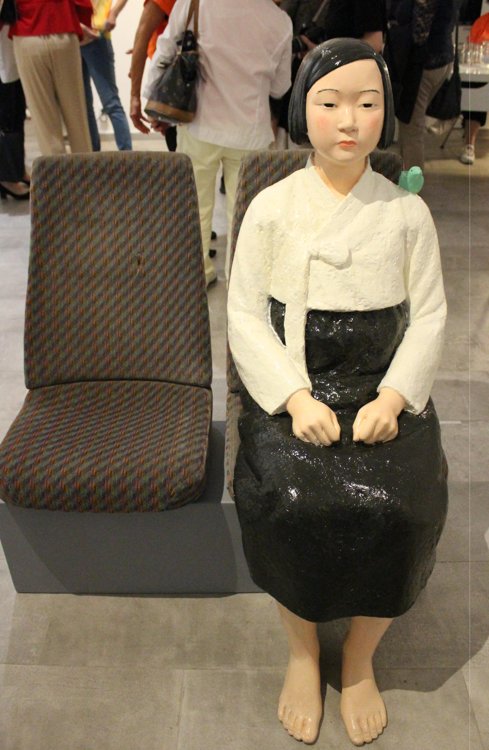 The Aichi Triennale 2019 that started its 75-day run on Thursday set up some screens to shut down a section that displays "Statue of a Girl of Peace." It is one of the exhibits in the art festival's section titled "After 'Freedom of Expression.'"

The festival organizers said that they will take a legal step against the government's instruction, while a group of Japanese writers and poets said in a statement that the Tokyo government has infringed upon freedom of expression. 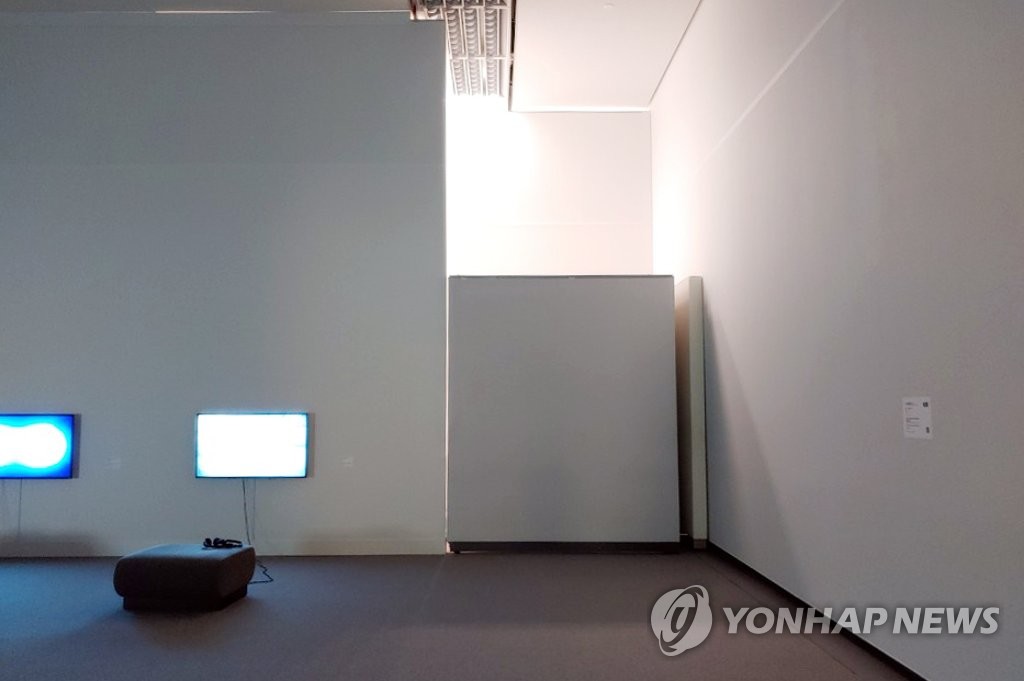