The proposal was made on July 24 through the joint liaison office in the North's border town of Kaesong, one year before the opening of the Tokyo Olympics, the official said.

"As far as I know, the discussions are under way," the official told reporters, when asked whether the North has responded to the offer. "Inter-Korean exchanges in the field of sports have shown little progress due to the North's passive attitude."

Yet, North Korea said last week it will hold a World Cup qualifier with South Korea in Pyongyang in October, which would mark the first time in nearly 30 years that the two Koreas have held a football game in the North's capital.

"(North Korea) seems to have made the decision, reflecting the great interest in football both in South and North Korea," he said.

The official said hoisting South Korea's national flag and playing the country's national anthem are issues to be discussed with the North, adding they will be handled according to the FIFA regulations.

The North, meanwhile, has rejected a proposal from a South Korean civic group to hold a joint event to mark Korea's independence from the 1910-45 Japanese colonial rule on Aug. 15.

"North Korea has been rejecting joint events with the South, citing inter-Korean relations, but has been participating in international cooperation events held in a third country," the official said. 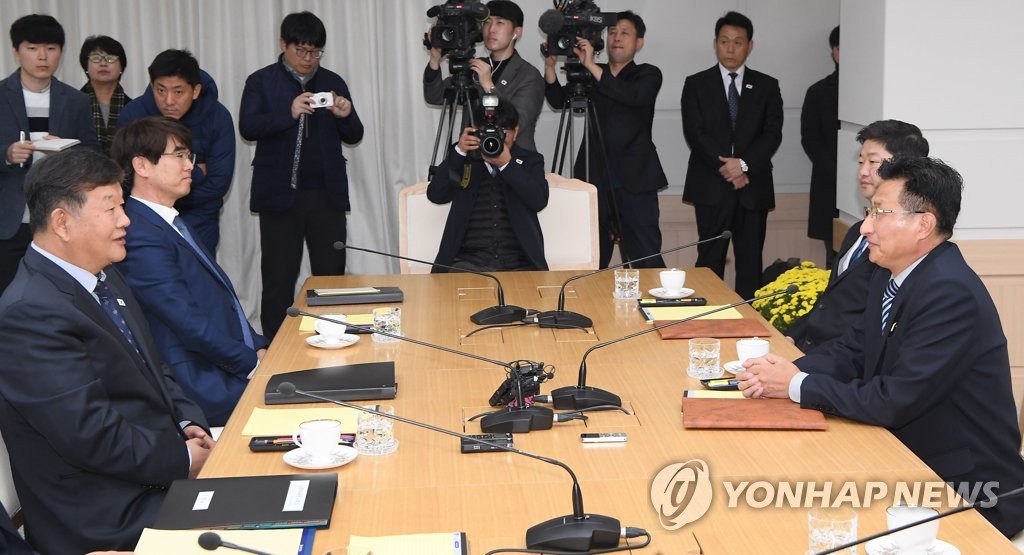