SEOUL, Aug. 5 (Yonhap) -- South Korea and the United States began a joint military exercise as scheduled Monday, sources said, even though North Korea has strongly complained against the maneuvers and rattled its sabers with a series of missile launches.

The "crisis management staff training" kicked off earlier in the day as a preliminary session in the runup to the command post exercise (CPX) aimed at strengthening the allies' combined posture and capabilities to cope with contingencies on the Korean Peninsula, according to the sources.

The staff training is expected to last until around Thursday, and the main part of the exercise is set to run from Sunday for about two weeks, they added.

How many service personnel were involved from both sides and the exact duration, as well as the official name of the exercise, were not available, as neither Seoul nor Washington officially disclosed details in an apparent effort not to provoke Pyongyang.

"Preparations are underway for a combined exercise this year to verify our basic operational capabilities for the transfer of wartime operational control (OPCON) (from Washington)," defense ministry spokesperson Choi Hyun-soo told a regular briefing, without further elaborating.

The summertime exercise was supposed to be named "19-2 Dong Maeng," following a similar exercise launched in March under the name of Dong Maeng exercise as a replacement for their springtime Key Resolve and Foal Eagle exercises.

But the sources have said the allies may drop the word "Dong Maeng" this time, which means alliance in English, in consideration of North Korea, adding that Seoul and Washington could officially announce details related to the exercise when U.S. Secretary of Defense Mark Esper visits Seoul for talks with Defense Minister Jeong Kyeong-doo on Friday. 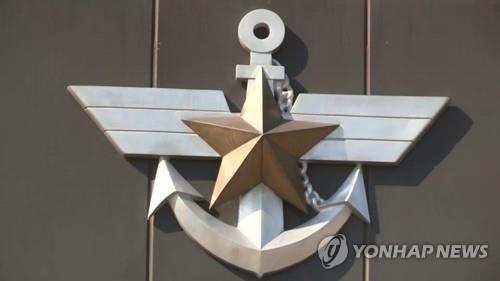 North Korea has warned against such a combined exercise.

Last month, Pyongyang said the push for the 19-2 Dong Maeng combined exercise would negatively affect its efforts for working-level nuclear talks with Washington.

On July 26, the North also said that the two short-range ballistic missiles it fired the previous day were a "solemn warning" against the planned drill and Seoul's purchase of high-tech fighter jets from the U.S. The North then carried out two additional rounds of tests in a week involving short-range missiles.

"No specific or unusual moves by North Korean forces have been detected so far," a JCS officer said Monday, adding the South Korean military has ramped up surveillance and vigilance in case of additional launches from the North.

In order to test Seoul's initial operational capability (IOC) for the OPCON transfer, the August exercise is to be carried out under the envisioned platform of the future joint command, where a South Korean general will command the Combined Forces Command (CFC), with an American general taking the role of vice commander, according to the sources.