SEOUL, Aug. 5 (Yonhap) -- A growing consumer boycott of Japanese goods stemming from an accelerating trade war between the neighbors has also seeped into the cultural front, with many Japanese films and books coming under the shadow of the consumer campaign.

The impact of the consumer campaign was most salient for Japanese textile and brewery brands operating here in South Korea and for tourism, but it also showed signs of permeating the cultural sector as well.

One such affected cultural product has been the famous Japanese "Doraemon" film series inspired by the comic book series with the same title.

The latest edition of the film series, "Doraemon: Nobita's Chronicle of the Moon Exploration," was set to be released on local screens on Aug. 14.

But the Korean release plan was indefinitely postponed last week even after the film's Korean language dubbing was finished as Japan announced its decision to take Korea off its whitelist.

"In consideration of the social environment and public sentiment, the release was delayed," a film industry insider said, adding that the distributor indefinitely put off fixing a new date for the film's release. 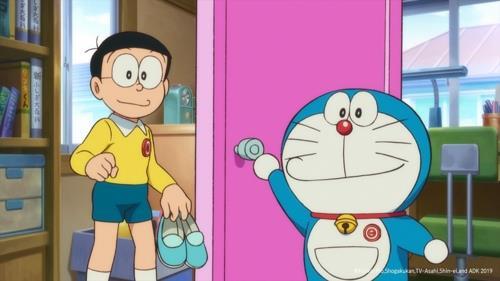 Another Japanese child animation film, "Butt Detective the Movie," sustained a punch in the middle of its local screening. Since being released on the big screen on July 11, the famous Japanese title has sold only 134,000 tickets so far, and the sales are on a further downturn as internet users bombarded online review sections of the film with low grades and unfavorable reviews.

Another famous Japanese animation title, "Detective Conan: The Fist of Blue Sapphire," was also invariably subject to unfavorable online reviews amid the growing diplomatic and trade row since its release on July 24. So far, the film, whose series had wide appeal to adult moviegoers, has drawn barely over 200,000 spectators, a number far below the 500,000 its predecessors recorded in South Korea. 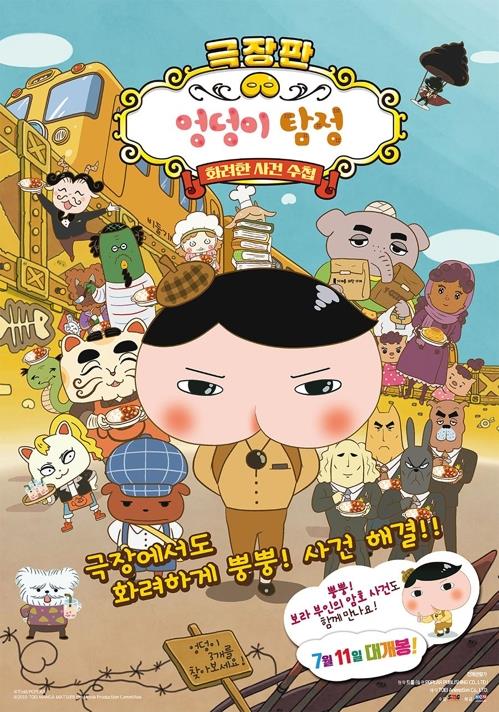 Two more Japanese films -- "Jesus" and "Weathering With You," set for release on Thursday and in October -- are hardly likely to record success as long as Korea-Japan relations remain under the current conditions.

As the boycott of Japanese goods and content has gained clout, a city council of Jecheon, 170 kilometers southeast of Seoul, demanded that an annual film festival in the city remove Japanese titles from this year's lineup.

The 15th Jecheon International Music & Film Festival is set to kick off on Thursday for a six-day run to feature 127 music films and some 30 music concerts, including those from Japan.

The publication and fine art fronts were no exception.

Since early last month, the local publication of a number of Japanese books have been put on hold, including a new edition of the psychiatrist Irabu series by Japanese writer Hideo Okuda, which was translated and published in Korean in 2005 by Eunhaeng-namu Publishing under a title that translates as "A Flying Trapeze." Before the boycott took off, the title sold more than 1 million copies in South Korea, one of the biggest markets for Japanese books outside of Japan.

Another publishing house, Gimmyoung, planned the Korean trip of emerging, award-winning Japanese writer Masashi Matsuie for late August, but it is currently reconsidering the plan in the face of the accelerating consumer boycott.

The Korea International Art Fair, one of the biggest art shows in South Korea, also replaced the planned exhibition of artworks by globally celebrated Japanese contemporary artist Yayoi Kusama with other works for its upcoming event in September.

Following suit, the organizer of the Miss Korea beauty pageant decided not to field a contender in this year's Japan-based Miss International beauty contest set for October. It is the first time the South Korean side has boycotted the event, one of the four major beauty pageants in the world, in 60 years.

The government is concerned, rather than content, with the boycott moving to the cultural sector.

"Korea-Japan relations are in a difficult situation due to (Japan's) trade regulations, but adolescents, our future generations, are continuing in their line of cultural exchange," Culture Minister Park Yang-woo said on his Facebook account last Thursday, referring to the arrival of 11 teenage students in the Korean city of Chuncheon from Japan's Hiroshima Prefecture for an exchange program.

"Exchange in the culture and sports fronts is ever important at times like this," he said. 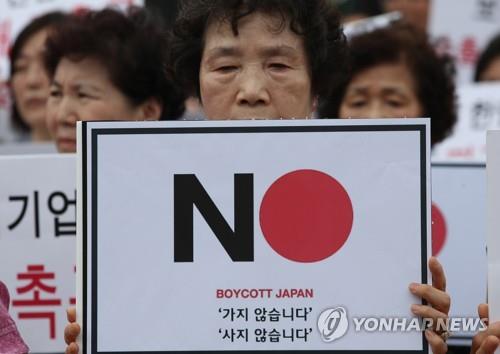