(ATTN: UPDATES with comments by official, closing prices of won and stock market in paras 6-8, 11)
By Kim Kwang-tae

The move came after the United States designated China as a currency manipulator in an escalating trade war between the world's two biggest economies.

South Korea said it will closely monitor the foreign exchange market amid growing uncertainty over the U.S. decision.

"We will take steps in a swift and drastic manner to stabilize financial markets under a contingency plan in case of sharp volatility," Bang Ki-sun, deputy minister of economy and finance, said in a meeting with relevant officials in Seoul.

Bang's comments suggest that South Korea could intervene in the foreign exchange market to stem the sharp decline of the local currency against the U.S. dollar.

Sohn Byung-doo, vice chairman of the Financial Services Commission, said in a separate meeting that South Korea is drawing up "every possible option" to minimize the impact of the deepening trade war between Washington and Beijing.

The South Korean won ended unchanged at 1,215.30 to the U.S. dollar, the lowest in over three years.

South Korea said the won's decline is excessively moving in sync with the depreciation of the Chinese yuan. On Monday, China let its yuan slip through its long-guarded line of 7 per dollar for the first time in 11 years, in an apparent response to Washington's escalation of their trade dispute with additional tariffs.

Also Tuesday, the Seoul stock market extended its losses to a fifth day, with the country's benchmark index KOSPI shedding 1.51 percent to 1,917.50 points. 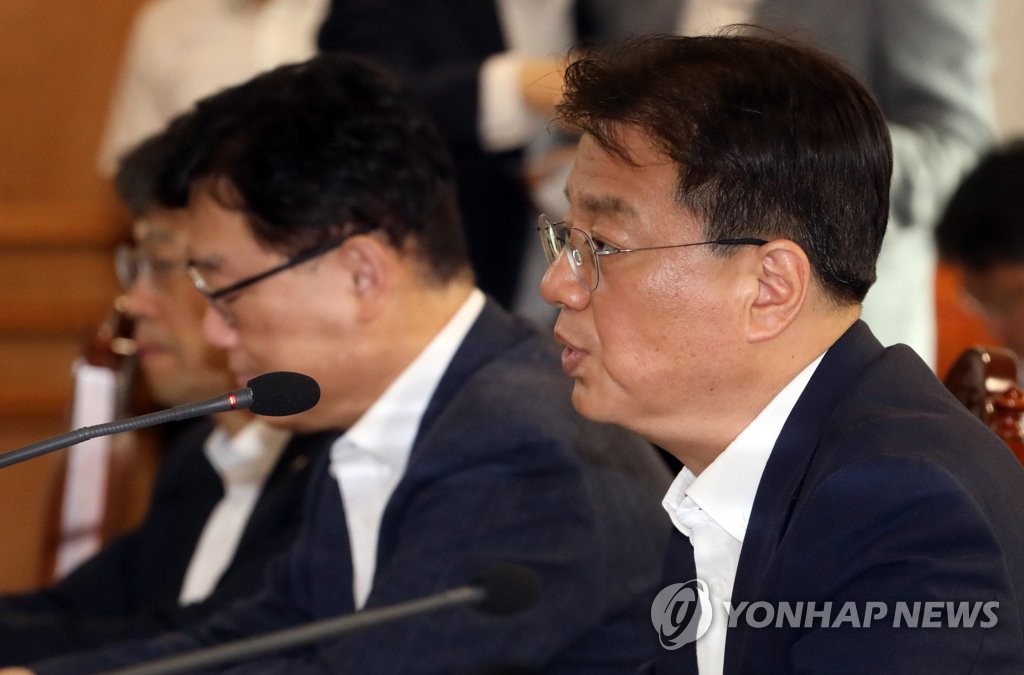